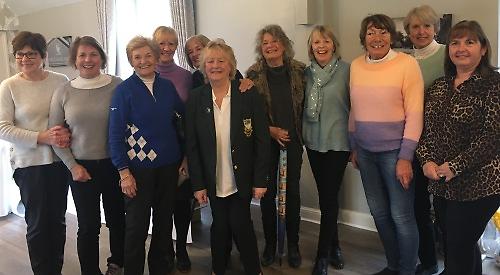 BADGEMORE PARK lady captain Kim Hawkins held her first charity day where prior to teeing off there was a raffle, guess the value of pre-decimal coins, bring and buy and a flower stall.

The golf format was a nine hole Texas Scramble with the winners on the front nine being Jenny Stanier, Moira Lawrie and Jenny Jones. The back nine was won by Jane Drury, Christine Ross and Sarah Kirby.

After lunch the ladies were given a talk and slide show from David Woodgate, a representative from OxSAR (Oxfordshire Lowland Search and Rescue), the charity Hawkins chose to support this year. The day raised £647.