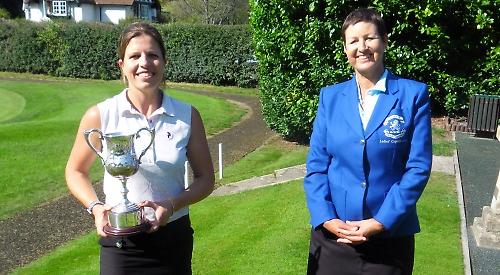 The fine weather helped produce good golf from many of the ladies competing in the
36-hole championship over two days.

Victory was particularly sweet for Shiplake’s Broom who, despite being a seven handicap player, has never won a trophy at Henley since joining the club 10 years ago.

Broom pulled out all the stops this year to take the title with a final result of 20 over par with a score of 162 in the scratch competition including a good second round score of six over par with an eagle on the 14th.

Runner-up was previous club champion, Clare Dodds, who finished 24 over. Sarah Hillas, with a handicap of eight, won the ladies’ handicap trophy.