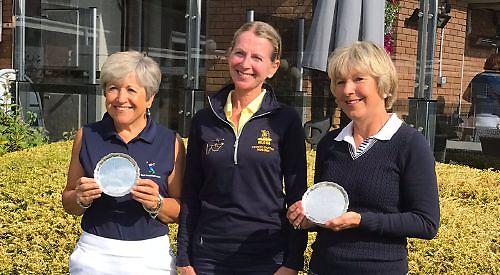 Badgemore Park’s Jenny Stanier and Castle Royle’s Muriel Quinsac took the honours with a net score of 66 in an event that saw entries from six counties. Their score was seven shots below the course standard of 73 for ladies.

Both players were presented with a silver plate engraved with all the previous winners back to 1963 and vouchers.

Meanwhile Gerald Davies was the winner of The
Artisans Cup at Henley Golf Club last weekend.

The cup, which pits players against the course in matchplay, saw a tough day for scoring with only 12 of the 102 competitors beating the course.

Davies triumphed with a score of three holes up with John Chaytor second, Jerry Knight third and Kenny Roderick fourth.