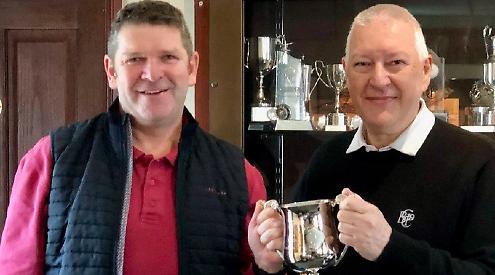 BADGEMORE Golf Club, who celebrate their 50th birthday this year, had a thrilling finale to the Bob Tanner Trophy last weekend.

The trophy was a series of six competitions with the three top rounds counting and five players were in with a good chance of winning.

However, the dramatic finish saw Richard Lawrance win the final leg partnering Mancel Williams and in doing so, overtook Clive Green who had been sitting in pole position.

Lawrance won the trophy with a score of 131 points while Green and John Urban tied for second place with series scores of 130.

Not content with one victory, Lawrance also won the final round of the Committee Stableford competitions and was presented with the Buchan Trophy to mark this achievement.