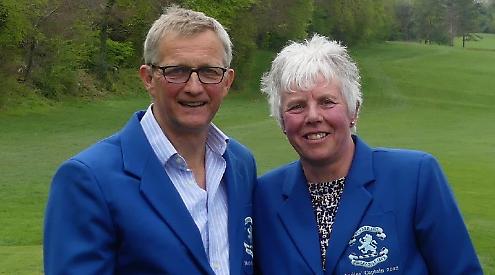 A full field of 88 players took part in a shotgun start with the event raising £6,000 for the captains chosen charity, Alzheimer’s Research UK.

The charity has particular meaning for Richard as his friend and colleague from the 1988 gold medal-winning Olympic hockey team, Imran Sherwani, has the disease in his 50s.

Elsewhere at the club, Stewart Mills ran out winner of the Floate Cup on countback with a net score of 68, edging out Cliff Edwards into second place.

Lucy Hucker was the winner of the James Braid Junior Trophy with a score of 40 points. Finlay Schafer finished in second place with 36 points.

• HENNERTON Golf Club began its 30th anniversary celebrations with the annual ladies’ and men’s captain’s drive in by Liz Deaney and Keith Griffiths.