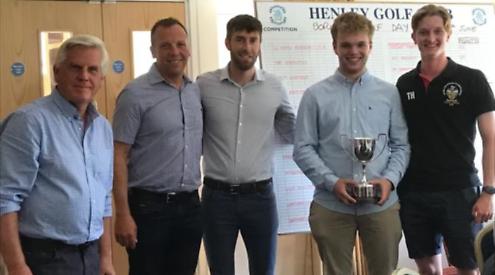 THE annual Borlase Golf Day, which has now been running for 20 years, was competed for by 96 players on Wednesday of last week at Henley Golf Club.

The day got off to a shotgun start at 8.30am in dry but tricky conditions following heavy overnight rain.

The day raised £6,000 which went towards supporting the provision of top class hockey facilities and coaching both at the school and at Marlow Sports Club.

This year a new trophy was presented to the winning team in memory of Freddie Hawkins who passed away earlier this year.