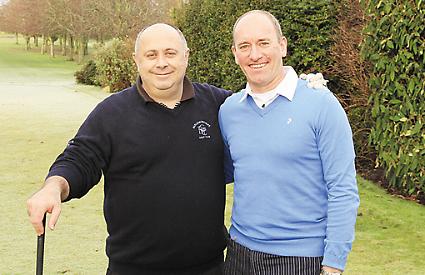 A HEAVY frost greeted the members at Badgemore Park on Sunday as they turned out in their numbers to celebrate the new club captain Scott Pearson at his drive-in.

Following the drive-in, a nine-hole Texas scramble competition was held by 100 members followed by lunch and presentations to the winners.