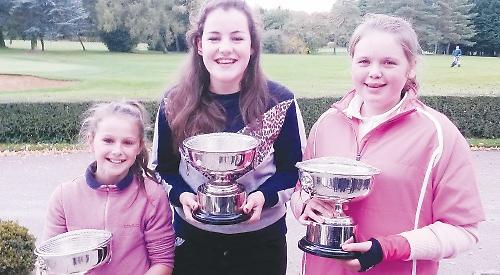 This rounds off a successful year for the junior girls at the club. Two Henley girls have represented Oxfordshire this season in the junior handicap team; Weir as captain and Olivia Steele played her first junior county match. In September Weir captained the Oxfordshire handicap team to victory in the finals of the Midland South junior triangular match event, having won their matches against Buckinghamshire and Berkshire earlier in the year.

The strength of the girls at Henley within the Junior section was marked in 2016 by Katie Hayes taking on the role of junior captain. There are now 15 junior girl members and of those seven are eligible to play in the 18 hole junior competitions and ladies’ competitions having ‘CONGU’ handicaps of 36 or below. There are eight girls in the scholarship programme across all categories and about 20 attending the regular weekend coaching sessions.