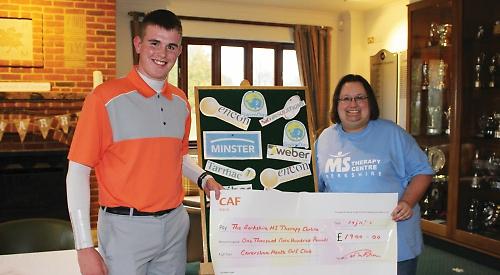 Junior club member Edward Houghton, 16, organised the tournament which was competed for by 75 golfers with funds being donated to the MS Therapy Centre Berkshire based in Reading.

Elsewhere Darren Bonney, Caroline Dover and Colin Stoute won the nearest the pin competition while Machin secured the men’s longest drive on the
18th hole and Angela Adamson the ladies’ prize on the 10th.