Weir wins it on the final hole 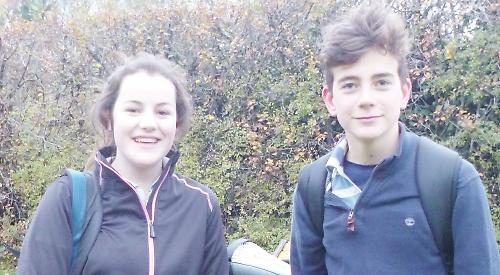 Weir, playing off 17 handicap, defeated Oscar Rait, playing off 16, in the final of the competition that was competed for between eight golfers who were highest ranked in the club’s junior section order of merit.

The match was always close with both players hitting long tee shots and after seven holes the match was all-square and the winning scores level par.

On the eight Weir was in a soggy bunker after two shots and Rait was close to the green but a good recovery gave Weir the hole to go one up. This pattern continued with Rait getting back to level three times but Weir keeping ahead otherwise.

The match was all square playing the final hole and after four shots both players were six feet from the pin a few inches apart. Rait had to putt first and his shot slipped past the hole before Weir sank her par putt to win one up.