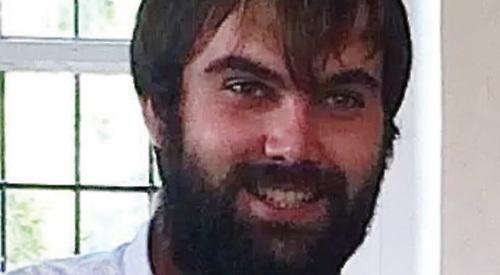 TRIBUTES have been paid to a father-of-two who was killed in a late-night car crash.

Lawrence Aldridge, 28, was a passenger in a Mitsubishi Shogun which left the road and rolled over in Pond Lane, Mapledurham, at 11.50pm on Wednesday last week.

It was thought he was thrown from the vehicle when the driver lost control.

He died at the scene despite receiving treatment from paramedics.

Mr Aldridge, from Goring Heath, had his own business, working in forestry and agriculture.

In a statement, his family said: “Lawrence was the father of two young girls and was a loving husband to Rachel and the beloved son of Arthur and Rosemary Aldridge.

“He was a very popular and well-known member of the community and will be missed by many people.”

Ken Reid said: “RIP. Lawrence, we will all miss you. Can’t put into words how devastated I felt.

“He was a good friend and mate as well as a customer. My thoughts go out to Rachel, the girls and Lawrence’s mum. ”

Stacy Jon Shepherd said: “One of the nicest, most genuine lads I ever knew. Can’t believe this world has lost such a hard-working gentleman. Rest in peace, Lawrence.”

Scarlet Page said: “Sending huge amounts of strength to Rachel and their girls, also to Rosemary. We will always remember Lawrence on our walks around the woods.”

Lauren Jayne Atkins described Mr Aldridge as a “lovely bloke” and Edward Meakes said he was an “absolute gentleman”.

Dee Shears said: “Words cannot express how sorry I am to hear this. It was a pleasure knowing you , Lawrence. Thoughts are with your family. Such a sad loss.”

Izzy Teresa added: “Lawrence, you shall never be forgotten. A good friend to many, a loving son, a devoted husband and a caring father to your girls. RIP. Love and hugs to family and friends xx.”

The driver of the vehicle suffered minor injuries and was taken to the Royal Berkshire Hospital in Reading for treatment and was later discharged.

Dc Katy Kent, of the serious collision investigation unit at Thames Valley Police, said: “Sadly, a man died following the collision and we are working to establish the circumstances.

“I would like to appeal to anyone who was in the area around the time of the collision who witnessed it or saw the vehicle prior to speak to police.

“The victim’s next of kin are being supported by a family liaison officer at this very difficult time.”

• A 26-year-old man from Sonning Common was arrested on suspicion of causing death by careless driving and while over the prescribed limit. He has since been released under investigation.