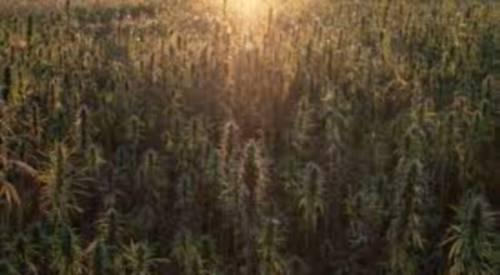 A HEMP farm in Goring Heath is encouraging people to grow the plant illegally in a bid to force the Government to scrap its licensing regime.

Hempen, a not-for-profit workers co-operative, was launched in 2016 but lost its Home Office licence to grow hemp three years later.

Now it has launched the Grow Hemp Campaign, calling for an end to the licensing of industrial hemp.

Hemp is a strain of the cannabis plant and regulated under the Misuse of Drugs Act, despite only containing trace elements of THC, the component which makes users high.

Hempen grew hemp to help people with ailments and address the climate emergency as well as using it to make products such as bags, tea and cosmetics.

It is also used to make cannabidiol (CBD) products, such as balms, creams and oils, which are used medicinally to relieve anxiety or sleep disorders.

CBD is harvested from the flowers of the hemp plant while other products are made from the seeds and stalk.

In 2018, the Home Office made clear that the harvesting of CBD was no longer allowed with an industrial hemp licence, meaning a licence to grow all types of cannabis would be needed.

Hempen, which had previously harvested its own CBD oil from the plants it grew, had to destroy these and import flowers from Switzerland.

In 2019, Hempen informed the Home Office it had been producing CBD while the rules were unclear and was refused a licence to continue growing industrial hemp. The farm had to destroy its crop, worth £200,000.

It was also refused a licence in 2020 and 2021, meaning that all Hempen’s products now have to be made with imported hemp rather than homegrown.

Patrick Gillett, 37, a
co-founder of Hempen, said: “We want to encourage mass civil disobedience, to get people taking direct action by growing hemp in an everyday setting.

“We want people to grow their own hemp at home in window boxes.

“If the Government wants to prosecute us for it, we will all stand together in court. We’re a hemp farm without a hemp field at the moment. We’ve asked what public interest this is serving and received no response.

“All the Government has said is that it’s the law so we’ve replied saying, ‘You make the law’. Why are they criminalising a product that has massive enviromental benefits?

“The UN says hemp shouldn’t be a controlled substance and the World Health Organisation says there is no public health risk from CBD and industrial hemp. Why are we having to apply for licences which are not given?

“The UK is the biggest CBD and hemp market in the world but farmers here can’t realise that market.

“Ending the harvesting of our own CBD hit our finances. This was followed by the pandemic which lost us face-to-face sales as well.

“Our growth has stalled and in 2020 it went in the opposite direction. Last year looks similar.”

The farm held a gathering in October to encourage people to sign up to grow their own hemp and teachthem how to do it.

A Home Office spokesman said: “The cultivation of hemp, a type of cannabis, requires a Home Office controlled drugs licence to ensure the safe and lawful harvesting of the plant, protect the public from unsafe products and prevent illegal misuse of the drug.”