From tap dancing to football, girls have talent in their feet 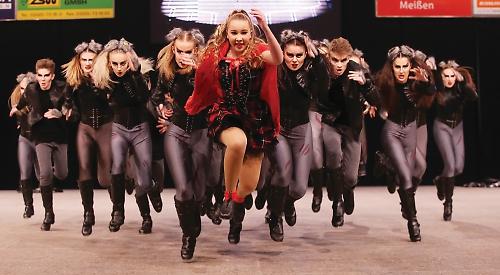 THREE girls from the Goring area have been honoured for their accomplishments.

Lois, of Springfield End, Goring, joined the Goring Robins youth football club at the age of seven and was scouted by Oxford United the following year. She is currently captain of its under-14s squad.

The 14-year-old, who attends Langtree School in Woodcote, trains three days during the week and attends classes on nutrition, playing strategies and sports psychology.

She has also been invited to take part in two of the FA’s regional excellence camps to help young elite players fulfill their potential.

She hopes to play for Oxford United’s women’s first team and, ultimately, for England.

Lois, a defender, was inspired to take up football after watching her brother Joe, 20, playing for the Robins. He now plays for Goring United and Checkendon.

Her mother Amanda said: “I would take her to watch Joe playing on Sundays right from when she was a baby.

“She was more or less dribbling a ball as soon as she could walk so we knew we had to get her into a team and it has just taken off from there.

“It is a very big commitment but she fits it in with her homework surprisingly well and her school is very understanding about giving her a little extra time here and there.

“Girls’ football isn’t quite the same as boys’ football but she’s still incredibly tough because you have to be.

“She wants to take it as far as possible so we will continue to support her and see what happens. We’re very proud of everything she has achieved and want her to follow her dream.”

She has competed at the World Tap Championships in Germany for the past four years as part of Tap Attack, the GB tap dance squad, and has won gold on several occasions.

At last year’s competition in November, she played the lead role in a routine based on the story of Red Riding Hood and appeared in another themed around Mary Poppins, both of which won their categories. She also reached the semi-finals with a solo piece and the finals of the small group section.

Lily, who is also a pupil at Langtree, has been dancing since she was two as her mother Sam is the director of South Oxfordshire performing arts school Dance Connection.

Since winning her last young achiever award she has also won several scholarships to elite training camps around the world.

She hopes to study dance at The Henley College and then take a vocational dance qualification.

Mrs Clifton said: “Lily has been dancing from a very young age and, like me, it’s part of her life.

“It’s easy not to notice time passing but when you look back at everything she has achieved it’s very impressive.

“The latest championships were particularly stressful as she came down with a bug shortly beforehand and at one point she was too ill to dance, which meant that whole routine would have to be cancelled.

“However, she has got huge strength of character and masses of determination and after resting overnight she was back on the stage. It made it extra special to see her get her strength back so quickly.

“She has picked up so much valuable experience while making friends all around the world and I think that social aspect of the dancing is just as important.

“I’m so proud of her as a teacher and, more importantly, a mother.”

Synchronised swimmer Lottie was honoured for winning gold as part of an eight-strong team that competed in last year’s South-East multi-regional and national age group competitions.

The 12-year-old from Whitchurch Hill swims for Reading Royals Synchronised Swimming Club and is currently ranked in the top 20 nationally for her age.