Plenty to consume with return of food and drink festival 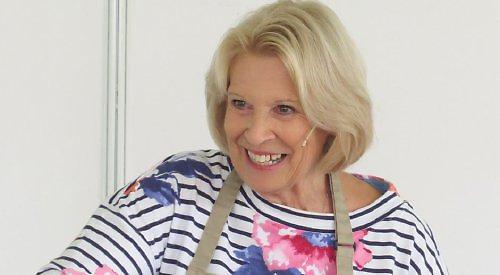 THE second Goring and Streatley Food and Drink Festival will take place on Saturday, September 9.

It will be held across a number of venues in both villages and will include hot and cold food and drink stalls as well as workshops, tastings, demonstrations and competitions.

A market selling meats, cheeses, cakes, preserves and other items will be set up in Rectory Garden, Goring, while professional chefs will give masterclasses at the village hall.

The chefs will include Christine Wallace, from Didcot, who reached the finals of the BBC’s Great British Bake Off in 2013 and runs the town’s Christmas events with fellow festival organiser Jeanette Howse.

Jane Beedle, a Londoner who reached the show’s final last year, will be showcasing her skills alongside Nick Galer, co-owner and head chef at the Miller of Mansfield in Goring, and Tom Clarke, head chef at L’Ortolan in Shinfield.

There will be boat trips on the River Thames from Cleeve Lock to Rossini at the Leatherne Bottel and the Beetle and Wedge at Moulsford.

Rossini will be hosting market stalls and a workshop on cocktail making. Many of the businesses in Goring village centre will offer tastings.

There will be live music at several venues including the Catherine Wheel in Station Road and the Miller of Mansfield will have tastings of beers, wines and spirits.

There will be a street food market at the Swan at Streatley and children’s activities such as baking and cake decorating at the Morrell Room.

There will also be a series of competitions for adults and children including a “Goring and Streatley Bake Off”, apple bobbing and eating races with foods like chilli and spaghetti.

The festival is run by Shannon Lee Robinson, a food photographer who co-founded it two years ago with cognac expert Michelle Brachet, who now co-runs the Catherine Wheel.

Mrs Robinson and her committee are to raise funds by selling hot food and drinks in Rectory Garden on June 25, when hundreds of George Michael’s fans are expected to visit to celebrate what would have been the singer’s 54th birthday.