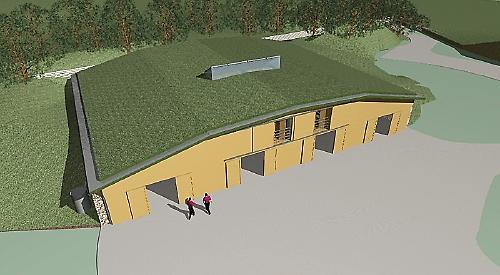 MEMBERS of the Goring Gap Boat Club raised thousands of pounds towards their new riverside headquarters by taking part in a sponsored long row on the River Thames.

The 19-strong group set off from the City of Oxford Rowing Club at about 8am last Saturday and arrived at the Hardwick Estate in Whitchurch, which is 32 miles downstream, at 7pm.

They were spread across an eight named Mark Hayter and a quad named Bob Bushnell, both of which were coxed, and rowed in shifts of several hours at a time while listening to music on a small portable stereo.

Those who were resting travelled behind the boats in an inflatable motorboat driven by club member Keith Jackson, who owns the vessel, along with a support crew. A second support crew followed in a car.

The rowers passed through 10 locks and stopped to eat, rest and change shifts at Abingdon and Wallingford rowing clubs, eight and 21 miles into the journey. There were several changeovers on the water as well.

Supporters were there to greet them at both stops and gathered at Pangbourne Meadows to cheer them on as they approached the finishing line.

Proceeds from the challenge are yet to be counted but it is hoped to have raised up to £4,000 towards a new clubhouse on the southern bank of the Thames near Goring, immediately west of Gatehampton railway bridge.

The scheme was awarded planning permission in 2014 and the club had raised enough to cover the original cost of £250,000 but earlier this year it announced that it needed a further £25,000. The work was behind schedule due to negotiations over access with neighbouring landowners but this has now been resolved and a new road junction off the A329 is being built.

The building, which will have a grass roof to reduce its impact on the surrounding countryside, should be completed by next summer.

However, the club, which currently has no permanent home and stores its kit on private land in Whitchurch, is continuing to raise funds to furnish the interior and purchase equipment including ergos.

Nick Josephy, 64, who organised the event and rowed in the eight from Abingdon until the finish, said: “We have done long rows before so it seemed like a good way to raise money. A couple of us were pretty tired at the end but it wasn’t a hugely difficult undertaking and everybody agreed that it was worth it.

“We were lucky to have the support of the other clubs we visited, which is typical of the close-knit rowing community. There was a great sense of achievement and it was lovely that people cheered us at the finish.”

Meanwhile, entries are now open for this year’s Goring and Streatley Regatta, which the club organises. It will take place on the Berkshire bank near Streatley from 9.30am until 5.45pm on July 22.

Crews can compete in coxed fours, single sculls and dongolas and there will also be a series of challenge races. This year’s event will also include a funfair, inflatables, children’s activities and market stalls.

For more information or to register, visit gsregatta.com