Visitors from near and far attend nature reserve open day 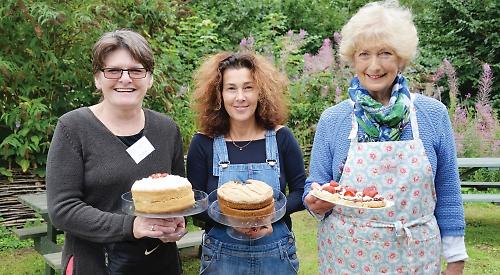 DOZENS of people attended an open day at Withymead nature reserve in Goring.

Visitors were able to look around the riverside beauty spot, which is on the footpath to South Stoke, and learn about its conservation work. They were served cream teas. Trustee Jenny Hedge said: “Many people who live locally aren’t aware of the reserve because it’s a half-hour walk from the village centre and it isn’t always open, though people can always visit by appointment.

“We were also visited by some walkers from Leeds and Crawley who found out about us when they visited Goring a few months ago, when we had an information stand on Rectory Gardens. It was amazing that they’d come such a long way.”

The reserve is managed by the Anne Carpmael Trust, which was set up in 2004 on the wishes of the widow who lived at the 22-acre site for almost 60 years before her death in 2002. It is famed for its large areas of reed wetlands and Loddon lilies, which draw large crowds when they bloom in April and May.