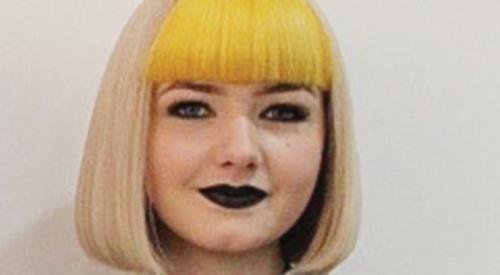 A HAIRDRESSER in Goring has won a place on a prestigious training programme.

Luke Hawkins, who works at the Marvellous Hair Company at The Arcade, off High Street, was one of only eight stylists from across the UK chosen for the Fellowship of British Hairdressing’s Art Team.

Over the coming year, the 19-year-old will travel to London once a month for workshops with leading figures in the industry and will take part in , live events and exhibitions.

Mr Hawkins, whose mother Lorraine Hawkins opened the unisex salon at the former Hamiltons premises a year ago, knew he wanted to be a hairdresser from the age of when he was a pupil at Langtree School in Woodcote. He studied an NVQ in the subject at The Henley College, where he now teaches in his spare time, and completed a two-year apprenticeship at the Marc Antoni salon in Hart Street, Henley, before leaving to work alongside his mother and brother Charlie, 20.

To apply for the programme, he had to submit photographs of a female model whose hair he had cut and coloured and a “mood board”, a type of collage outlining his influences, as well as a video explaining why he should be chosen.

He was one of only 23 candidates to be shortlisted for the final, which took place in London and where he had to give a presentation to a panel of judges.

Mr Hawkins said: “I always wanted to get into hairdressing and I’m really enjoying it.

“I love the creative side of it and the fact that it’s sociable — you actually get into trouble for not talking enough.

“I was a bit nervous at the final but the judges put me at my ease and I was really excited to get through. I’m looking forward to showing off what I can do and from some really experienced people.

“I’d like to have my own salon group one day and I’m quite interested in teaching. I’d also like to perform on stage and that’s an opportunity you get through the fellowship.”

Mrs Hawkins, from South Stoke, said: “It’s a great achievement for him, especially at such a young age.

“Many people who’ve been on the programme go on to greater things, so it will be a good opportunity to develop professionally. He’s already building a good reputation locally and is a very talented young man.

“I’ve worked with a lot of young people so I’m saying that as his boss, not his mum!”