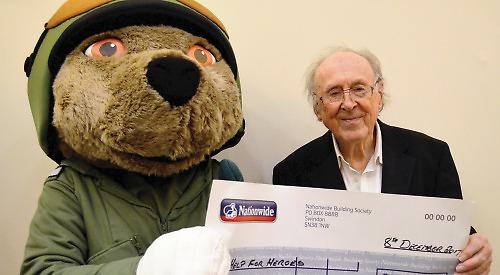 GORING Hall Live has presented a cheque for £900 to Help for Heroes.

The promoter, which organises regular jazz, blues and rock concerts at the village hall, raised the money through collections during the second half of last year.

The money was handed over by jazz trombonist Chris Barber, the group’s president, to RAF Hero Bear, one of Help for Heroes’ mascots.

Another £500 made during the first half of the year was presented to the charity in August.

Bill Jackson, of Gatehampton Road, Goring, runs the group, and has supported the charity for many years as his daughter Alice Harrison is an intelligence officer in the Royal Air Force.

He said: “My daughter has friends who were injured in Afghanistan, so I have a strong personal interest in Help for Heroes.

“It is a very noble charity and a necessary one as men and women in the forces are risking their lives and it takes a lot of money to look after those who are wounded in service.”