Couple mark 30 years at village store with a party 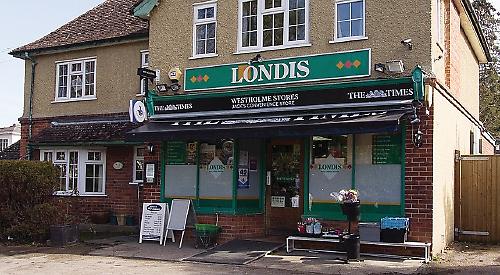 THE owners of a Goring newsagent and grocer are celebrating 30 years at the business.

Jayesh and Varsha Patel took over Westholme Stores in Wallingford Road after buying the freehold of the property in 1988.

Soon afterwards, they extended the rear of the premises to offer a wider selection of goods.

The couple, who have three grown-up children,  live above the shop and are now well-known members of the community and have many customers who have been shopping at the store since the beginning.

They will celebrate their achievement with a fund-raising party at the village hall next Saturday (February 3), featuring Indian food, Bollywood dancing and a raffle.

The proceeds will go to Restore, a mental health charity based in Oxford.

Mr and Mrs Patel both grew up in Kenya and moved to London with their families in the Seventies, when they were about 16, and were later married after being introduced by their parents.

Mr Patel, known locally as Jack, worked as a sales assistant and then departmental manager at Selfridges in Oxford Street before opening a newsagent’s in Mitcham in 1981, where he and his wife worked together.

They moved to Goring after having their eldest daughter Shrina, now 33, as they wanted to raise a family in a quiet village. Their daughter Nikita, 28, and son Rupen, 25, followed.

The couple’s first visitors were the late Ann Ducker, a former parish and district councillor, who went on to become the district council’s leader, and Kit Richardson, who had just launched the village’s Goring Gap News magazine.

Mr Patel said: “I’d always lived in a village in Kenya and wanted to find somewhere similar. Goring was ideal for us and I remember at the time we were the first Asian people to run a business there.

“We loved it from the first time we visited because it was so picturesque. From the very beginning we felt very welcome and everybody was very helpful as we were getting established.

“When we arrived we ran quite a few charity events to help people understand Indian culture. At that time there wasn’t an Indian restaurant in the village so we held a party at the community centre and my wife cooked for 150 people, which everybody enjoyed.”

In 2001, Mr Patel became ill due to the stress of competing with supermarkets and was unable to work for several months while his wife kept the business going.

During this time he received counselling from Restore, which helped him regain his enthusiasm for the business. After recovering, he turned the shop’s fortunes around by adding a specialist beer section. It now stocks between 350 and 500 different brews and has been praised by the Campaign for Real Ale.

Mr Patel said: “The charity was so helpful in getting me back into working life and it’s great that help is out there for people who need it. Mental health is a very important issue and a very current one which the royal family are supporting.

“It was amazing how the community stepped in to help Varsha when she needed it. People would help her with all kinds of things like putting the stock away or keeping an eye out for delivery lorries. We were so grateful.”

Mr Patel said it was a “shock” when Tesco announced its plans for a new Express convenience store at the old Queen’s Arms in Reading Road in 2013 and he feared it would threaten his livelihood.

But while the rival store has had an impact since opening last summer, he still enjoys a loyal following and hopes to expand again in order to compete. He said: “We have been affected but a lot of people are still supporting us. The trouble is that Tesco is a ‘name’ and that’s always going to draw some people away.

“We still enjoy being here and I’m determined to take on that challenge and fight back. I have some ideas and we’ll have to see what happens over the next few months and years.

“It’s very rewarding because you get to see people every day and talk to them as if they were your family. There’s always a friendly atmosphere in here and it’s a chance to meet new people as well.

“Goring is a great community because it’s so close with lots of clubs and organisations supporting each other. People are always willing to volunteer and get involved for things like the Queen’s diamond jubilee party in 2012.

“I’m so grateful for the support we’ve had over the years and would urge people to continue showing their loyalty. I think people value that personal service, which isn’t something you get from the bigger shops.”

Villager Tina Taylor, who has worked as an assistant at the shop since 2003, said: “I’ve stayed here so long because they genuinely treat you like family. It feels like coming home here rather than coming to work.

“Everyone in the village knows Jack and Varsha and they’ve helped so many people with various things. We’ve got a lot of elderly customers and are always happy to deliver newspapers and things like that.

“It’s much more than a business because people sometimes come in here to chat, not just to buy something. It’s a really big part of community life for a lot of people.”

The party will begin at 7pm (doors open at 6.30pm). Tickets costs £30 each and are available from Inspiration in High Street or the shop. Guests are encouraged to wear colourful clothing or traditional Indian dress. For more information, email jack.westholmestores@gmail.com