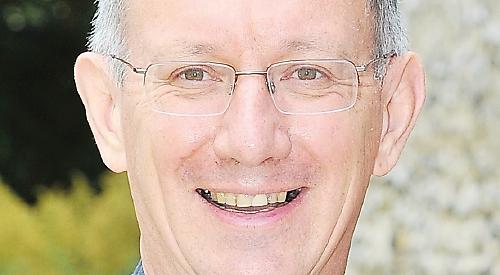 THE Rev Paul Henry Boughton, vicar of the Benefice of Goring and Streatley with South Stoke, died on January 31 after being ill for some time.

He became vicar of the benefice in May 2014, moving from Fetcham in Surrey with his wife Liz, who is also a priest, and their daughters Sophie and Alice, who are now at university.

Paul gained his degree in metallurgy from Imperial College, London, and later became a chartered accountant.

He worked for a time in Switzerland where he and Liz received a call to ministry in the church. They trained together at Ridley Hall, Cambridge, and were able to undertake a joint curacy in Guildford after which Paul became rector of St Mary’s, Fetcham.

Being an accountant, he was invited to join the Clergy Pensions Board and the ethical investments committee of the Church of England.

After his appointment in Goring Paul set about getting to know as many people as possible in the three parishes by hosting, with his family, a series of cream teas in the garden of the vicarage. He was adept at learning people’s names. He enjoyed being out and about, often with the family dog, Truffle, meeting people and stopping for a chat.

His direct and warm personality together with his enthusiasm for the Christian faith made him effective as a leader and communicator.

He was a gifted preacher and encouraged many in their faith partly through themed sermon series each Trinity season.

Paul nurtured links with the Goring Free Church and Our Lady and St John, the Catholic church in the village, and had warm relations with their leaders.

His enthusiasm for bringing the good news of the love of Christ to people of all ages led to a thriving group for young teenagers, strong links with the two church schools and family services where those in their nineties were equally at home as those under five — and everyone else in between!

Ill-health struck while Paul was on holiday in Switzerland in August 2016.

He collapsed on a mountainside and had to be airlifted to hospital, eventually being diagnosed with an aggressive brain tumour. He underwent surgery in Oxford followed by radiotherapy and chemotherapy, which initially controlled the tumour so that he was able to continue his ministry.

The arrival of Steve Johnson as assistant curate in July 2016 ensured that, under Paul’s guidance and through Steve’s ministry, many initiatives were continued and gathered pace.

From the autumn of 2017, Paul reduced his workload as the tumour recurred and further treatment was no longer an option.

In December, he was admitted to the Sue Ryder Hospice in Nettlebed. Many people visited him and he was invariably cheerful and positive in that lovely place.

Paul’s earthly life drew to a close on January 31.

He never wavered in his belief that Christ was calling him home to be with him in heaven forever.

In a sense, this would be a continuation of something quite simple: a faith commenced when he was a young man and pursued resolutely for the whole of his life.

Following a private funeral and burial at St Andrew’s Church, South Stoke, a public memorial, thanksgiving and celebration of Paul’s life, attended by many people from all over the country, was held at St Thomas’s Church in Goring on February 16.