Former bank could be turned into fish and chip shop 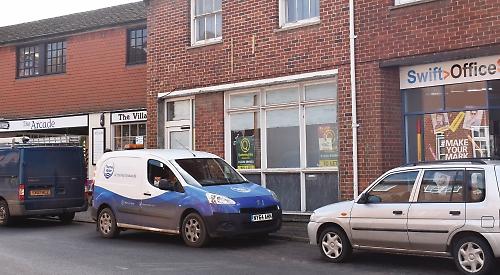 A FORMER bank in Goring high street could be converted into a fish and chip shop.

Muhammed Abul Hasan, from Reading, has applied for planning permission to open a takeaway at the old TSB premises.

The bank was among 28 branches nationwide that were closed in a cost-cutting measure last summer.

Mr Hasan’s agent Rammurti Design says the fish and chip shop would fit well into the village’s mix of independent shops. A spokesman said there was adequate parking at the four short-stay bays immediately in front of the premises or the Wheel Orchard car park in Station Road.

He said: “The high street serves a vital role in providing short-stay ‘hop-in, hop-out’ facilities, which was the case when the bank was still in use.

“There is no other hot food takeaway currently offering this service and it is a missing element from any vibrant community. It would bring in more visitors or at least attract passing trade from residents beyond the current opening hours of existing businesses.

“The applicants would seek to ensure that any nuisance is negligible and would monitor the immediate area on a regular basis to pick up litter.”

He said that ventilation ducts would be arranged to avoid disturbing neighbours with smells or noise.

The parish council will discuss the application on Tuesday before South Oxfordshire District Council makes the final decision.