Praise for volunteers who stepped up in covid crisis 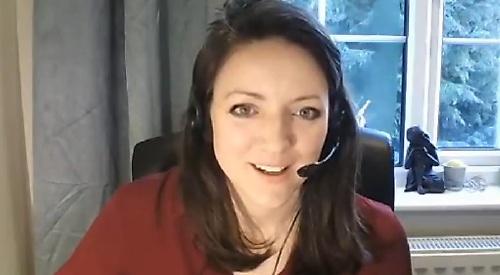 RESIDENTS of Goring have been praised for supporting their neighbours during the coronavirus pandemic.

Helena Fahie, who set up the village’s “street champions” network a few days before the lockdown was imposed on March 23, says that about 250 volunteers were helping at the height of the crisis despite many of them having work and family commitments.

The scheme is now winding down naturally because the rules on “shielding” for elderly and vulnerable people have been relaxed so fewer people need assistance with shopping, collecting prescriptions and other household tasks.

However, a small number of people are still receiving help from the network, which has one or more “champions” assigned to each street who give out their contact details on cards.

The volunteers also remain prepared in the event of a second wave of the virus.

Ms Fahie, a registrar for Public Health England who helped to
co-ordinate the national response to the outbreak, was at one stage working up to 12 hours a day, then helping volunteers for several hours in the evenings.

Now she spends only about an hour a week on  her voluntary role, which includes running a Facebook group where people share advice on issues such as health, fitness and family matters.

“If you added up all the hours that our street champions put in, it would be off the scale — absolutely hundreds and hundreds across the village,” said Ms Fahie. “It’s hard to measure because it was so low-key, with countless instances of neighbours helping others in need. We kept it simple and that attracted volunteers because they realised they could fit it around their lives.

“Our champions went out of their way to ensure nobody fell off the radar, which was particularly important at the very beginning when everything was so new and people felt very uncertain.

“They did huge numbers of runs to the pharmacy in the high street and were integral in getting people their medication. They also stopped people from feeling isolated, which can cause a lot of anxiety.

“They’re real unsung heroes and I thank them on behalf of the community as they were there for some people when no one else was. We’d covered every street within two weeks of launching so everyone knew who they could turn to.

“The network is still going but demand is going down as people come out of isolation and feel less afraid of going out.

“However, we’ve set a precedent and I’m confident that we’d soon get more volunteers if we needed to.”

Ms Fahie thanked Patricia Williams, of the Goring Gap News committee, for arranging hand-made cakes to be delivered to every key worker living in the village, and Westholme Stores in Wallingford Road for packing up grocery boxes for her team to deliver and sending more than 125 Easter eggs to local care home staff.

She said that establishing the group was exhausting but worthwhile.

“Public Health England began working on the covid-19 response in January so we were on our knees by March,” she explained. “It was one of the hardest times of my life and I wouldn’t want to repeat it.

“We were doing incredible amounts of work to keep the country safe, including running a ‘track and trace’ programme using our own resources while still dealing with every other infectious disease.

“I was almost burned out and pretty ill by the time we had a Facebook Live meeting to launch the network. I could barely speak and my voice was croaky.

“However, if ever there was a time to keep pushing through it was back then and I don’t mind because it had an amazing impact.”

Mrs Fahie also praised Goring Parish Council for launching a helpline for residents with more complex health or social care needs. Volunteers would refer them to medical or other services as needed.

The helpline was open all day, up to seven days a week, at the height of the pandemic. It was supported by the village’s Q1 Foundation, which carried out background checks and trained volunteers.

Karen Morton, the helpline’s joint manager, said: “We dealt with hundreds of calls but it was fabulous that so many people wanted to volunteer for us and I think we set up something unusual.

“I don’t think we could have anticipated how busy we would become but I’m pleased that we attracted a lot of people who had never volunteered before. It was quite extraordinary and a real silver lining at a very harsh time.

“It’s a relief to be able to do something in a situation where you’d otherwise be powerless and hopefully it will make them more willing to volunteer in future, which is essential irrespective of covid-19.

“It was hard work but it was nothing compared to what NHS workers were having to do.”

She said: “It didn’t happen often but sometimes we realised people needed more serious intervention. It was usually individuals or couples trying to struggle on by themselves with age-related conditions.  In any other circumstances their families would have stepped in but that wasn’t allowed.

“Neighbours didn’t always know how bad things had become but this became evident through their relationships with street champions.”

From next month the helpline will be an answerphone service only.

In another initiative, Maggie Filipova-Rivers, Goring’s representative on South Oxfordshire District Council, set up a £2,000 fund for each ward councillor to allocate to covid-19 support groups.

Goring parish councillor Bryan Urbick said: “A lot of people put in a lot of hours in so many ways and it has been heartwarming to see how the village has pulled together.”