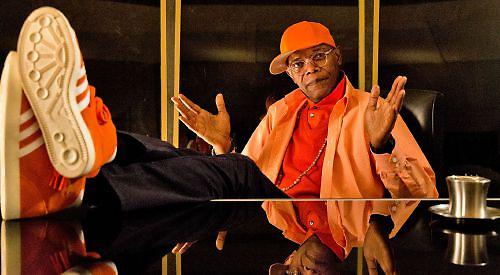 He was contacted by a former colleague, who was involved with the shoot for the first film, The Secret Service, in 2013 to say his expertise could prove useful.

He met the cast when filming took place in London and went on to be an advisor on the sequel, The Golden Circle, which came out in 2017, and a prequel. The King’s Man, which is due to be released next year.

Mr Cameron and film director Matthew Vaughn also designed a range of clothes inspired by the film, which are sold through online menswear shop Mr Porter.

He said his former colleague had said he would enjoy the work because it was showcasing the ‘best of British’.

“It was going to be three months but it has turned out to be more like five years,” said Mr Cameron.

“We did a lot of travelling to fabric mills and spent time with bespoke tailors on Savile Row to develop the look. It was very different from typical fashion because it’s a make-believe world and you’re creating these outlandish costumes.

“It was interesting being on set and going to Michael Caine’s trailer, meeting Samuel L Jackson and doing fittings for Colin Firth —  that’s definitely not a normal working day but it’s a lot of fun.

“Overall it was a very pleasant experience. There’s a saying ‘Never meet your heroes’ and I was quite nervous about meeting Michael Caine because I grew up with his films so it was a real surprise to discover what a delight he is.

“He’s an A-lister but very much a South London boy at heart and Samuel L Jackson was incredibly charming too.

“It was nice to work with Taron as well because this was his first feature film and now he has hit the big time.

“Matthew always had this concept that you could sit watching Kingsman and say, ‘Right, I want to buy what Colin’s wearing’. We built the film and clothing line around each other, which might sound like a mad idea but it really worked.

“It gives you a real buzz to see people wearing your stuff, although as with all our previous jobs, you’re still working for a client.

“With the business we run now we have total creative control and it’s 100 per cent ‘us’.”