Football club wins award for work in the community 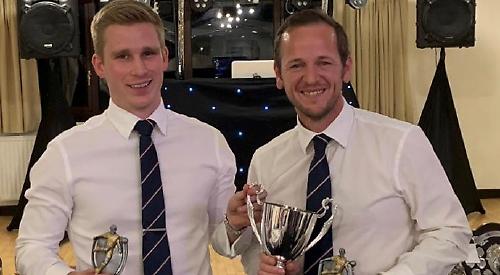 GORING United Football Club has been honoured for its work in the community.

It was named club of the year in the Oxfordshire Football Association’s Grassroots Awards, which recognise groups and individuals for performing to a high standard while making a difference and being accessible.

Goring’s recent achievements include the creation of a women’s side and Sunday team as well as continuous improvement by the Saturday first and reserve squads.

The club has doubled its membership by forging closer links with the Goring Robins youth football club, encouraging more youngsters to join once they become adults.

It also delivered thousands of information leaflets and food parcels to residents during the coronavirus lockdown.

And a year ago it staged a charity match which raised £2,500 for the family of Pc Andrew Harper, who was killed while responding to a burglary in Berkshire two months earlier.

“You assume the title will always go to someone bigger so it’s gratifying to be acknowledged in this way.

“I’m delighted for our volunteers, who put in a lot of hard work behind the scenes and aren’t always recognised because people don’t think about how the pitches get marked.

“We’ve been going since 1901 and I don’t think we’ve ever had such a major accolade.”

The club, which plays at the Sheepcot recreation ground off Gatehampton Road, now has more than 100 players, including more than 30 in the women’s squad,

This was launched in spring last year when villager Tracey Wibberley, who was staging women’s kickabouts at the rec, asked for help forming something more permanent.

After several months’ training under women’s managers Iestyn Llewellyn and Colin Williams, the side entered the Thames Valley County Ladies’ League at development level and finished last season in mid-table. They are now ranked second out of eight teams.

“Our partnership with the Robins has been particularly helpful in giving us an influx of girls who previously had nowhere to go beyond youth football.

“People are very keen to get involved and we do everything we can to help, right down to having a professional-looking website to encourage them to get in touch.”

Meanwhile, the first team, managed by Tim Monk and assistant coach Bob Hussain, has risen from the Thames Valley Premier League’s third division to the top of the second division.

The reserves, jointly managed by Mark Sachse and John Ramsay, have progressed from the fourth division to mid-table in the third.

The Sunday team, which Mr Fletcher manages after launching it a year ago, has risen to the top of the Reading and District Sunday League’s third division. The squad consists mostly of former Robins who wanted to keep playing as adults.

Mr Fletcher said: “They were stuck and didn’t have anywhere to go so I thought, ‘Great, let’s create that for them’.

“It’s important to create as many pathways into the sport as possible and they’ve since been joined by some of our Saturday players.

“It’s great to see these results, which come from having a consistent player base so that progress doesn’t fall away or disappear.

“Most of them come from the local area, which we’re very happy with because sometimes it’s a real struggle to find people.”

Mr Fletcher was appointed chairman in 2015 having had to stop playing a few years ago due to injury.

He said: “Managing is the next best thing and I’ve always done my best to bring positivity and enthusiasm to the role.

“It’s amazing how far that can take you but it’s also thanks to our brilliant team who work incredibly hard and thoroughly deserve this recognition.”