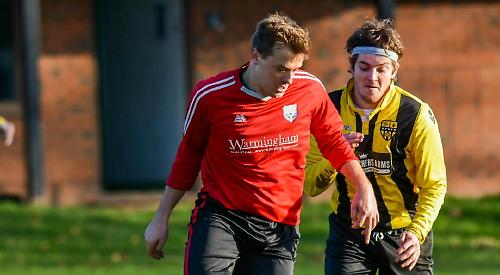 GORING made it five wins from five against ROYAL ALBION as they continued their winning start to the season in Division 3 of the Reading and District Sunday League.

The first half was all Goring and they finally got their noses in front just before half time.

A miss hit shot, landed at George Scoffham’s feet who crossed for Harry Voice to finish.

The second half continued in the same vein and Dan Wallace converted from close range to double their advantage.

Matty Hayden added the third with a well-placed finish and Harry Voice grabbed his second of the game, followed by a Tom Brownlow penalty, which was blasted into the net, leaving the goalkeeper with no chance.

Grace Dollery scored twice to earn GORING LADIES a 2-2 draw against YATELEY UNITED in the Development Division of the Thames Valley Counties Women’s League on Sunday.

Meanwhile, on Saturday the GORING first team lost 3-2 at home to ROTHERFIELD UNITED.

Both sides are back in league action tomorrow (Saturday) in the Thames Valley Premier League.