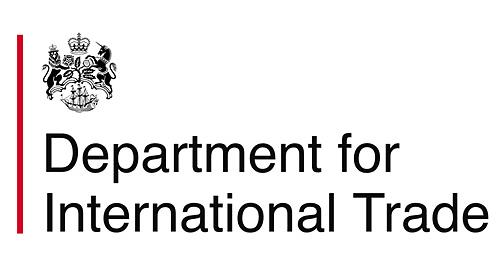 A WOMAN who was dismissed from her job has accused her former employers of discrimination because they suggested she may be autistic.

Sarah Hurst, 47, from Goring, is seeking £40,000 in compensation from the Department of International Trade in Reading, where worked as a senior investigator for nine months from October 2018.

Ms Hurst, a former journalist, was told by managers that she was behaving inappropriately towards colleagues and could have Asperger’s syndrome, a type of autism, but she denied both suggestions.

The managers told a virtual employment tribunal last week that they had raised the issue to offer her support.

They later told Ms Hurst she had failed her probationary period, which had been extended from seven to nine months, because of the problems they had raised but she says their accusations were “unjust” and a colleague later told her she hadn’t offended them.

She says she was told she had passed her probation period before this was rescinded.

Shortly afterwards Ms Hurst filed her claim for a year’s worth of wages to compensate for the “trauma” and loss of income. She also claimed for unfair dismissal but this was refused at a preliminary hearing last year as she had been employed for less than two years.

The department told the tribunal that Ms Hurst’s performance was satisfactory but colleagues became concerned by her behaviour including a “direct and intensive” style of questioning which she denied.

Following an “inappropriate and offensive” comment in her first month, it said it placed a formal warning on her file.

The relationship continued to deteriorate and concerns were raised about Ms Hurst’s mental health before it was suggested that she was autistic in May 2019. She accepted an occupational health referral but her GP found her fit to work and she made a formal complaint that she was being bullied.

She says two senior managers were the “instigators” but their subordinates “took to their task of ripping me to shreds” despite having given good feedback at first.

The department says it became increasingly concerned for her welfare and wanted to help Ms Hurst but she says it discriminated against her on grounds of age, sex and perceived disability. It suspended her after she allegedly stormed out of a meeting, claiming it was “bulls***”, and wrote to her in June saying she was dismissed.

Ms Hurst appealed the decision but an independent review concluded it was valid.

She told the hearing that her line managers, Nora Holford and Joshua Smith, had made her life a “living hell”. Ms Hurst said: “Mr Smith gave me the impression that he was happy with my work and never raised any issues to my face.

“But behind my back he was compiling a dossier of complaints about trivial matters that amounted to his dislike of the way I said things in meetings and assumptions about how other people reacted to things I said and did.”

She said Ms Holford, Mr Smith’s superior, was “repeatedly aggressive” and said “bizarre and untrue things” to her.

Ms Hurst said: “I believe that the reason for my appalling treatment was that the managers didn’t like an older, experienced woman taking an interest in trade remedies and asking questions about how we would do things. They preferred the graduates who were sitting about chatting and let men be far more disruptive in meetings than I ever was.

“The managers then decided to associate their actions with their claim that I had Asperger’s, making me think that I had a disability and needed to somehow fix it or lose my job. They simultaneously accused me of being too passive and too direct.”

Ms Hurst, who represented herself, told a panel led by Judge Stephen Vowles that she was “terrified” of being dismissed.

“I didn’t know when I was stepping over the line or not. I had no motivation to be disruptive or disengaged.”

The department denied discrimination and said Ms Hurst made offensive comments, behaved inappropriately and failed to “engage in constructive dialogue” to improve.

Tom Westlake, a previous line manager, said she had told co-workers that she feared she would be “attacked by ninjas” while on a shopping trip.

Mr Westlake said that when he raised this with her, Ms Hurst became defensive and argued back. But she told the tribunal there were “many examples” of getting along with colleagues which weren’t taken into account and she wasn’t clearly told how she was expected to change.

At a meeting on May 8, managers suggested that Ms Hurst was autistic and offered to “explore ways to support her” if she agreed this was true.

She allegedly became aggressive, saying she was being “falsely accused” and denying any communication problems.

She asked Ms Holford if she herself was autistic, which the department says was “clearly an inappropriate manner in which to address a concerned colleague”.

While the department was reviewing Ms Hurst’s probation, she sent a “wide-reaching” email to colleagues highlighting work which she had completed and believed to be of a good standard.

At a probation review on June 19, which the department described as “difficult”, it was claimed that Ms Hurst left after 10 minutes and described the proceedings as “bulls***”.

She went home and, it is claimed, emailed colleagues and managers criticising them. Ms Hurst admitted swearing but said the process, including her dismissal, was “illegitimate” and based on prejudiced assumptions about autism.

She said there was no communication on the issue between meetings and the experience would have “lifelong effects” on her financial and personal welfare.

Ms Holford told Ms Hurst at the hearing: “We thought you may be on the Asperger’s scale, which is difficult, but as a manager it was my job to address it.”

Judge Vowles will issue a written decision within the next few weeks.