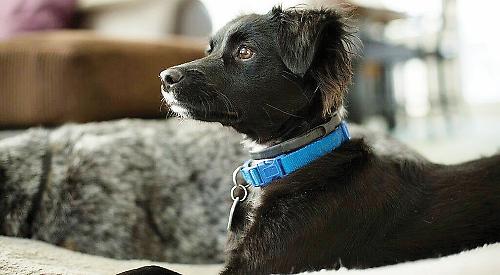 DOG owners in Goring and Whitchurch are being urged to remain vigilant after at least two deaths from Alabama rot and five suspected cases.

The disease, formally known as cutaneous and renal glomerular vasculopathy, is distinguished by sores which appear on a dog’s lower legs or face and can quickly cause death from kidney failure.

Larkmead Vets, which has a branch in Benson, says it has dealt with four possible instances of the disease, all involving dogs being walked in and around Goring, including woodland near Sheepcot recreation ground between Gatehampton Road and Reading Road.

The practice says it will try to identify any additional areas in common and send out an alert.

Castle Vets in Reading has also dealt with a suspected case where the dog and its owner had been walking on the river meadow by Whitchurch toll bridge, through King Charles Woods, near Goring Heath, and around Caversham Heath golf course, near Mapledurham.

The disease, which is nicknamed after the American state where it was first identified in the Eighties, is considered relatively rare and is thought to be caused by bacteria living in mud.

Cases typically occur over the winter and owners are encouraged to wash their pets’ paws thoroughly after walking in boggy areas and dry them quickly to stop them licking themselves dry.

No cases are confirmed for certain as the illness can only be diagnosed by a post mortem.

Only a few hundred cases have been formally identified in Britain since the first known instance in 2012.