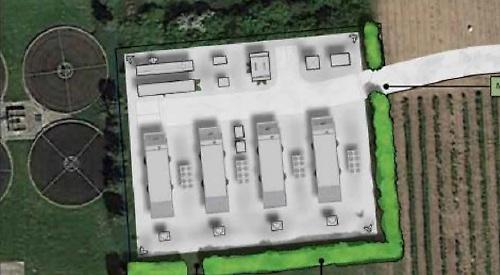 PLANS to build a miniature power plant in the countryside near Goring are still facing opposition despite the developer making amendments.

Balance Power Projects has offered to put up more screening around the gas-fired facility, which it hopes to build on a 0.42-hectare disused farm field to the west of Wallingford Road.

The company, from Merseyside, has also claimed that the impact on neighbours from lighting, noise, emissions and traffic wouldn’t be as bad as opponents fear.

However, both Goring and South Stoke parish councils are maintaining their objections and are calling for the company’s amended planning application to be refused permission.

They argue the plant’s environmental benefits don’t justify the visual impact on the Chilterns Area of Outstanding Natural Beauty and there is no specific benefit for local residents.

The proposal would also go against Goring’s neighbourhood plan, which says development must “conserve or enhance” the AONB.

Balance wants to build four generators powered by natural gas, each housed in a secure metal container with a chimney up to 7m high, plus a large battery unit to store surplus energy.

The generators would usually operate in the daytime for up to 3,000 hours annually but in practice should only run for about 1,500.

Balance says that any noise would be lower than background levels so neighbours wouldn’t hear anything.

The scheme is billed as a “transitional hybrid energy project” to help Britain move towards more renewable sources by providing back-up power to the National Grid for when solar, wind or tidal generators produce less due to weather conditions.

The plant would be next to Thames Water’s sewage processing plant with access off a new track off the main road, next to the Hildred family’s pick-your-own farm. It would have a lifespan of 25 to 35 years.

Scores of residents, the nearest of whom lives 160m from the site, have objected, saying they could be kept awake by noise and the plant could cause air pollution.

They also say it would spoil views of the countryside, which is very exposed in that area.

Balance has now agreed to sink it slightly into the ground and build a 1.5m high earth mound at the boundary.

It would also plant 4.5m mature trees to screen the plant so that within a year it would be barely visible.

The company says the downsides need to be weighed against the
”significant” benefits for Britain’s efforts to decarbonise and that it would support renewable projects elsewhere.

It says more “transitional” plants are needed in the countryside as space is running out in urban areas and the Goring site is ideal as it is near the sewage plant, an electrical substation and the railway mainline.

Balance says it couldn’t use the driveway to the sewage works, which some objectors called for, as it couldn’t agree that with the landowner so the new access is the next best approach.

The internal road would be made from recycled porous plastic which grass could grow through.

The company also says noise and air pollution levels would be “insignificant” according to an assessment which considered the worst case scenario, and the plant would operate under an Environment Agency permit which would strictly limit emissions of harmful oxides of nitrogen, which come from burning fossil fuels.

Enzygo, Balance’s environmental consultant, says: “The site will not be lit during normal operations. Installed lighting will face downwards to avoid spill and be motion-activated in accordance with best practice. The containers housing the equipment are acoustically insulated and designed to minimise sound levels. As a standby facility, it will likely only be operational at peak periods and only at night during rare emergencies.

“Emissions testing must be submitted to the Environment Agency before operation and at least every three years thereafter, undertaken under its guidance by a suitably qualified and independent third party.

“The applicant acknowledges there will be temporary disruption… it is committed to using responsible contractors and considerate methods to minimise this.

“We trust this addresses comments raised and allows a positive determination of this application.

“The development provides a substantial contribution to the national decarbonisation effort and should be welcomed.”

The plant would export between five and seven megawatts-electrical at peak times, less than half a per cent of the 2,000 MWe capacity of the former Didcot A coal-fired power station.

Such projects are only considered “nationally significant” if they generate more than 50 MWe, in which case they have to be approved by the Planning Inspectorate.

The Campaign to Protect Rural England objected to Balance’s first application but is yet to respond to the amendments.

South Oxfordshire District Council, the planning authority, is expected to make a decision next month.

In pre-application advice to Balance, planning officers said the plant was acceptable in principle but had to be adequately screened.