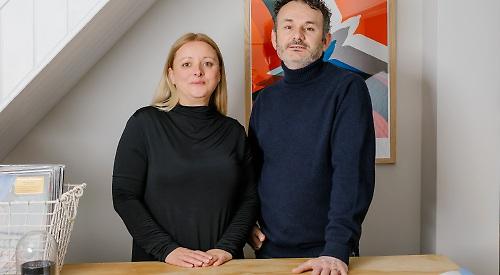 SHOPPERS are being welcomed back to Goring after “non-essential” businesses were allowed to
re-open following the easing of the coronavirus lockdown on Monday last week.

Owners said regulars were pleased to see them again although some feared they would struggle to recoup their previous footfall after people were forced to shop online for months.

Jeanne Hunter, who runs the Inspiration toy and gift shop in High Street, said: “Customers almost couldn’t believe they were allowed inside again and were really excited. That said, we didn’t get large numbers, which is probably for the best as the Government wanted a steady return to normal.

“There were lots of well-wishers and a good number of purchases — perhaps a bit less than I’d hoped for, but people aren’t in the ‘stocking up’ mindset because they don’t expect further lockdowns.

“I suppose many have been driven online and there’s always the worry that it becomes a habit instead of popping in here when they need a few things.

“It’s hard to compete with the internet or supermarkets but hopefully most people realise our independent shops are the icing on the cake of village life. They weren’t labelled ‘essential’ but they’re important for people’s happiness and wellbeing.

“It’s an uncertain time but we’ve always been optimists and will carry on working our hardest.”

She said: “There’s a very positive feeling. I was hopeful that everyone would be excited to get out again but I think some people are still being cautious, which is understandable.

“We’re also a ‘destination’ shop and would normally get visitors from London, which obviously can’t happening yet. However, we’re selling well online and people are popping in so we’re still pleased to be here and looking forward to the future.”

Meanwhile, the Luke Robert unisex hair salon was packed from the moment it re-opened and is fully booked for at least a month or so. Staff are working under strict precautions including social distancing, regular cleaning and wearing of personal protective equipment. Loz Hawkins, the mother of owner Luke Hawkins, said: “We were allowed to open for staff training a few weeks earlier, so we took that opportunity to improve their skills. We could easily stay open until 9pm every day to clear our appointments but the team’s welfare is a priority and we don’t want anybody to feel overstretched so it’s just normal hours.

“We’ve seen lots of customers whose partners have tried cutting their hair, with varying degrees of success, and a lot of men have got used to longer hair so we’re seeing more requests for classic scissor cuts instead of graded shaves.

“It’s been super-busy but people are so pleased to see us again and the team are glad to be back as they love that personal contact and have really missed it.”