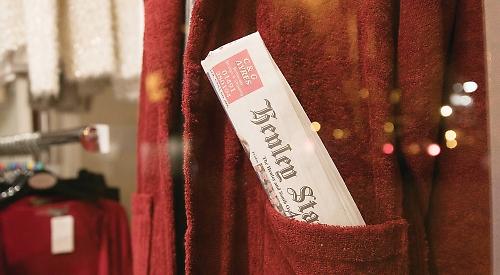 I AM pleased to report that Goring Parish Council has agreed to renew its subscription to the Henley Standard.

The council, which had not met since May 4, made a decision under delegated powers to cancel the subscription. But when it met in-person again last week, it approved a request by Councillor Lawrie Reavill to reverse the earlier decision.

Full marks to Cllr Reavill, who said it was important to know how the council was portrayed in the local press.

But no marks to Councillors David Brooker and Kevin Bulmer, who said they did not read the Henley Standard. I could be rude about this pair but, of course, they wouldn’t read it.