I made replica crown that starred at giant street party 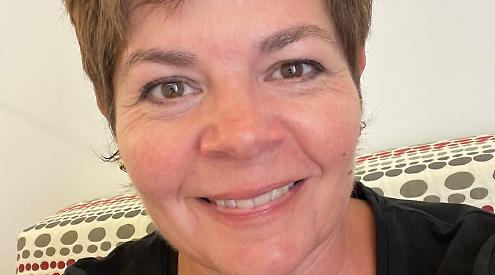 THERE was not just one attempt at a world record at the platinum jubilee celebrations held in Goring and Streatley on the bank holiday weekend but two.

As well as trying to create the longest party with the picnic tables stretching 1km along both village high streets and the bridge between them, there was a game of “pass the crown”.

The crown in question was an exact replica of the Imperial State Crown made by Lynn Curtis to celebrate the Queen’s diamond jubilee a decade ago and which she kept afterwards.

Lyyn, 55, who lives near Goring, says: “I made the crown over two days and wore it for the street party in 2012. I was contacted by various people the week before the platinum jubilee street party to see if I still had it.”

The crown was placed inside a clear plastic box and passed up and down the entire length of the tables, where an estimated 3,500 people sat and many had their pictures taken with it.

Lynn says: “It is made from various strengths of hand-cut card, glue, staples, velvet, braids and many, many glass ‘gems’.  The large ruby at the front comprises a mass of tiny glass beads and was hand-stitched by my mother, Ann.”

She also took the crown to the Wednesday Lunch Club in Goring, where she is a volunteer, for an impromptu photoshoot.

Lynn, who was born and raised in Henley, has lived for Goring for 28 years. She worked as a teaching assistant at Goring Primary School for 14 years and it was here that her creative skills were honed making nativity play costumes and stage props.

She now concentrates her efforts on making animal portraits by the process of appliqué, ornamental needlework in which pieces or patches of fabric in different shapes and patterns are sewn or stuck on to a larger piece to form a picture or pattern.

Now the party organisers are waiting to hear from the Guinness Book of World Records whether they set records for the longest street party and for the most people to “pass a crown”.

But, records or not, the day was a memorable one.

Lynn says: “It was an incredible community afternoon and enjoyed by all age groups.

“A big thank-you to all the people behind the scenes who gave up hours of time and organised it so well.”

The crown is now back in her safe hands ready for the next royal anniversary.