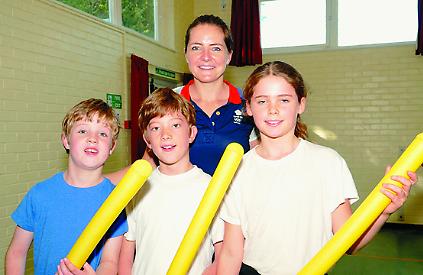 Sayers, who set a new British record for the women’s javelin in 2012, showed them how to throw the javelin using a solid foam version.

She also took the children through a series of exercises including press-ups and sit-ups.

In a speech to the whole school, Sayers said she was encouraged to take up the javelin when she was at school because she showed promise in several ball sports.