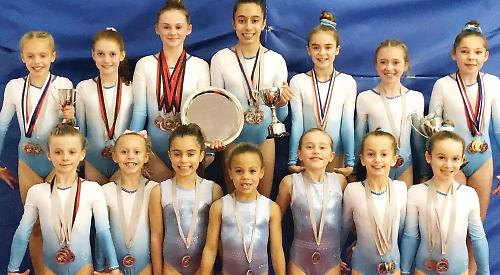 SONNING COMMON-based Kennylands Gymnastics Club took part in their final event of the year when they competed at the Oxfordshire individual apparatus competition.

This event completed a successful year for the club who picked up numerous awards throughout the year.