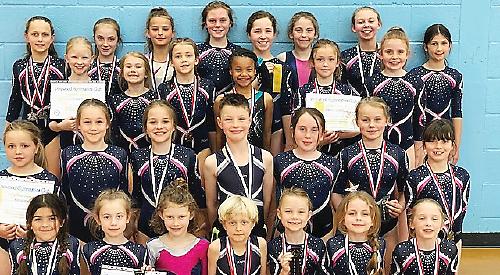 THE senior and junior squad of Springbox Gymnastic Club competed at the Pinewood floor and vault competition where they came up against seven other clubs.

Springbox, who are based at Henley Leisure Centre, excelled as they won 27 medals and two overall titles for age groups.

Speaking after the impressive haul of medals coach Carly Belcher said: “The whole squad have been working hard in training sessions over the last year and have done well competing at competitions where other clubs train for up to eight hours a week while the Springbox gymnasts only do two to four hours.”