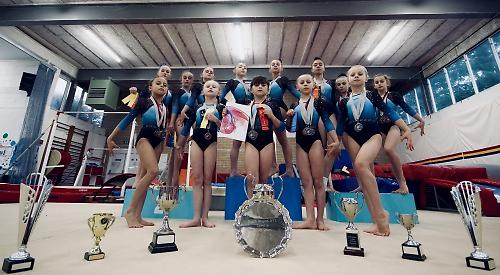 THE Sonning Common based Kennylands Gymnastics Club has just completed a successful
season.

At the regional finals Marley Hormigo, Melissa Loyd and Olivia Morgan were crowned champions while the club also picked up 12 gold, eight silver and five bronze medals. Elsewhere Renai Fullick has been invited to join the South Region squad while Annie Browne picked up the achiever of the year accolade at the Reading Sports Awards.

The club also had 11 of their squad compete at the Oxfordshire two piece competition where every gymnast medalled.