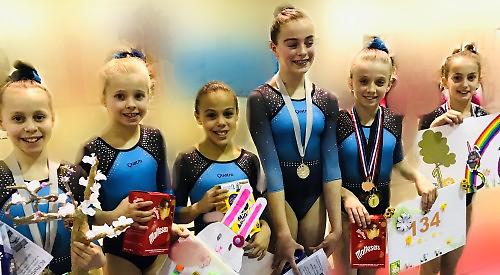 Melissa Loyd won a silver medal on the beam and was awarded a silver for her overall performance in the competition.

Jessica Telling won a gold medal on the floor, a bronze on the vault and bronze for range and conditioning. She also picked up a bronze medal for her overall performance.

Telling and Loyd also won a gold medal together in the pairs competition for National 3.

The gymnasts are coached by Phil Swatridge, Rebecca Taylor and Emily Howard and the routines were choreographed by Poppy Smith, of Miss Poppy's gymnastics.

All gymnastics competitions have been cancelled until June 30 due to the coronavirus pandemic.