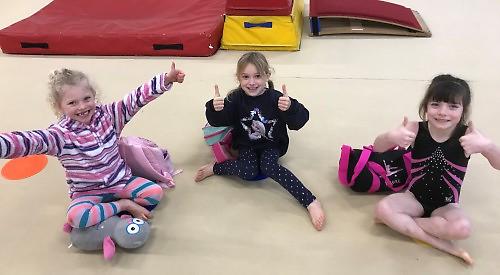 A GYMNASTICS club in Sonning Common has kept its members fit and ready to compete this year, despite the coronavirus pandemic.

Kennylands Gymnastics, which is based in Bird Wood Court, took part in an invitational competition before the first national lockdown, which featured multiple high-performing clubs from around the country.

All the gymnasts received a passing score for their grade and, as a team, Kennylands brought home three gold, six silver and two bronze medals, including two overall and team medallists Jessica Telling and Melissa Loyd. For the majority of the year, the gymnasts took part in Zoom sessions and training programmes from home.

The club hopes to begin competing again around March, when the next grades are due to be held.

After Christmas, its six-year-old development gymnasts will begin training with the women’s artistic squad as it welcomes the next generation of athletes on to the competitive team.

Kennylands also started a club squad that will be training for club grade competitions.