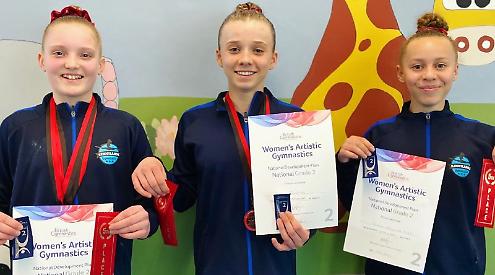 The competition was competed for by the best 120 gymnasts in the south of England.

The qualifying gymansts will compete against the other regions in Great Britain next month at Fenton Manor.

The results were as follows: National grade four: Estelle Rodger, sixth on floor and pass with commendation.