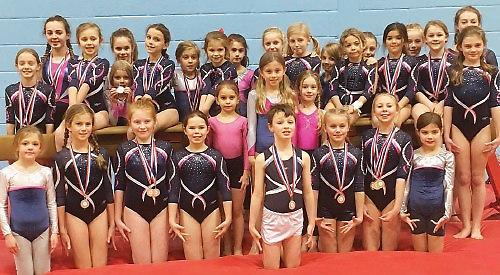 At the Basingstoke Invitational GFC competition, Springbox gymnasts, under the guidance of head coach Caroline Sweetman, came away with 17 medals on floor, vault and trampette. The Henley Leisure Centre based club won six gold medals, five silver and six bronze.

All round and over all winner titles went to Tilly Makkar in the U8s, Olivia Belcher in 12+, Beth Jennings in 14+ and Evie Amos in 15+.