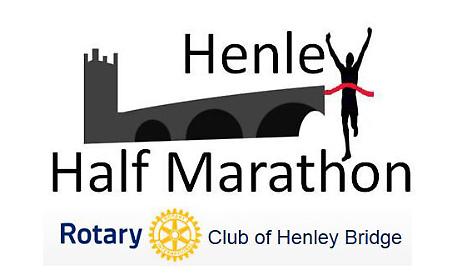 FOUR members of a new running club are to take part in this years Henley half marathon.

The Henley Harriers have been formed by Tony Robinson, a sports therapist with Athlete Service at Henley Enterprise Park, off Greys Road. It already has about 25 members who meet at 6.45pm every Thursday on the towpath outside Leander Club.

Mr Robinson, 34, who lives in Mill Lane, said the Harriers were the towns first affiliated running club, adding: I feel interest in running in Henley will grow through this.

The quartet of Barry Keane, Charlotte Wright, Rob Griffiths and Nicky Aitken will be among hundreds of runners taking part in the half marathon and the Henley Standard 10km race, which takes place at the same time, on Sunday, October 12.

The Rotary Club of Henley Bridge, which organises the event, says that with just over two weeks to go, there are still places available.

Race organiser Peter Wilkinson, a member of the club, said entries from charities, companies and schools would be welcome and group entries would be entitled to reduced fees.

He said: We like to think that after the regatta the half marathon is one of the biggest sporting events in and around Henley  it has been going for more than 30 years. Everyone believes its a good event, the town enjoys it and the runners come from far and wide.

Im looking forward to the day. Were keeping our fingers crossed for the weather, which cant be nearly as bad as it was last year. The half marathon course starts at Henley Rugby Club and follows a route over Henley Bridge, along Remenham Lane to the Flower Pot pub at Aston, back along the towpath and over the bridge.

The runners then go along Marlow Road, up Icehouse Lane to Fawley, down Fawley Hill and then back to the start via Fair Mile. The 10km course also starts at the rugby club and follows the second section of the course from Marlow Road. Charities set to benefit this year include PolioPlus, Bishopswood School in Sonning Common, the Chiltern Centre for disabled children in Henley, the Rivertime Boat Trust and the RNLI.

Entrants are also welcome to raise money for their own causes.