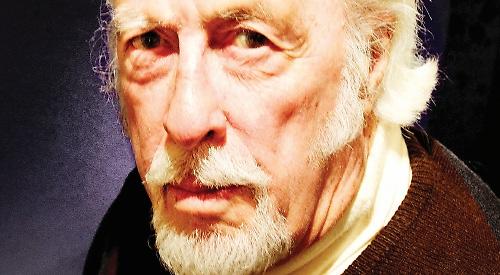 NIGEL SNELL, from Hambleden, died peacefully on January 7 after several months of ill-health.

He was born in north London, where his father was a consultant physician, but was evacuated to north Wales and then Northamptonshire during the war.

The moves stimulated his love of wildlife and the countryside.

Nigel was educated at Bradfield College in Berkshire and the Central School of Art & Design in London.

He also wrote and illustrated two series of well-researched children’s books, one about pets and their care, the other addressing medical issues and childhood fears, with titles such as Nita And Her Gerbil and Jane Has Asthma.

He married Gillian Etherton in1960 and settled in north London, in Mill Hill and then Totteridge, where his two children were brought up.

In 1981 he moved to Hambleden, where he became more involved in wildlife issues. He was a local Berks, Bucks and Oxon Wildlife Trust nature warden but was best-known for his role in the re-introduction of red kites to the Chilterns.

He was project co-ordinator for English Nature and the Royal Society for the Protection of Birds and in the 2001 book Portrait Of A Valley, which is about Hambleden and its environs, he is profiled as “the red kite man”.

He co-authored several scientific papers on the project.

He was much in demand as a speaker on wildlife and also appeared several times on television programmes, including Birdwatch and Blue Peter.

In 2002 Nigel received a grant to visit Kenya to study the endangered black rhino.

The following year he was elected to membership of the Institute of Biology (now the Royal Society of Biology) and achieved chartered biologist status. He also obtained a certificate in natural history and ecology from the University of Reading.

Nigel was also an all-round sportsman. In his youth he was an élite fencer, winning the national epée team championship, and he continued fencing into his late seventies.

He took up rowing at the age of 39, winning several open and club events. He was captain and subsequently president of Auriol Kensington Rowing Club and a committee member of several regattas and head races at Hammersmith. He also provided commentary at Richmond Regatta.

He was a member of Leander Club and served on the records committee.

Nigel enjoyed sailing and was one of the most senior members of Keyhaven Yacht Club on the Solent.

For several years he crewed on tall ships in the West Indies, providing sailing holidays and training for young people.

He was also a Freeman of the City of London and the Company of Watermen & Lightermen.

Nigel was very involved with his local community, editing the Hambleden parish magazine for many years and writing the Nature Notes section. Latterly, he served as a parish councillor.

He was pre-deceased by many years by his wife Gill. He leaves his son and daughter and four grandchildren.

He will be much missed, not least holding court wearing one of his collection of sporting blazers in the stewards’ enclosure at Henley Royal Regatta.