Horse trials axed in row over condition of course 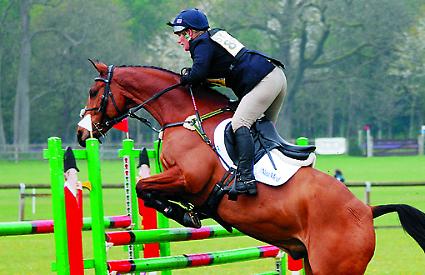 THE Hambleden Horse Trials have been scrapped after two decades.

Lisa Hughes, who organises the cross-country trials on the Culden Faw estate, says they will no longer take place after the sport’s national governing body declined to include them on its list of international fixtures for 2020 and beyond.

Anyone wishing to host an equestrian event must apply to British Eventing, which will inspect the proposed site and award a percentage score for suitability as well as discussing the logistics.

In a message to supporters and participants on the event’s Facebook page, Mrs Hughes said British Eventing had awarded the site only 65 per cent at the last visit.

She then lost an appeal and opted not to continue after being told she would have to wait for an internal response from British Eventing’s commercial team before she would receive any feedback.

Mrs Hughes said: “We were shocked and completely baffled by the scores we received as part of the tendering process… we can therefore reach no conclusion other than the fact that British Eventing has little regard for our event and no interest in how sponsors, competitors, spectators and volunteers feel.

“It’s a very sad way to end a 20-year partnership but the commitment to running such an event is emotionally and financially immense and there is simply no motivation to do it if the governing body is going to treat us so shoddily.”

David Holmes, the outgoing chief executive of British Eventing, said a great deal of work went into the new calendar of events.

He told Horse and Hound magazine: “Clearly there are people not happy because they have lost their fixtures.”

Mrs Hughes said: “Actually what I am not happy about is that the scoring system that they have used seems to bear no relation to any evaluation I have had in the past.

“I am not just talking about anecdotal feedback… but published event evaluations and assessments from the officials involved with the event.

“If in fact they were always thinking that our cross-country courses were only worth 50 per cent why on earth were we not told that so we could improve?

“I, and all my family and all my fabulous colleagues and volunteers, have put blood, sweat and tears into creating an event to be proud of.

“To date I still have no idea whether our original tender and subsequent appeal failed because of the event, the way that I submitted the tender or something else.

“I am furious and disappointed in equal measure about the lack of transparency and communication compounding what seems to be a flawed process.”

The trials were popular among riders nationally for their scenic route through the estate’s bluebell woods. They were called off last year due to clashes with other fixtures and a lack of entries in the higher-level classes.