Penalty gifts visitors equaliser after coming from behind 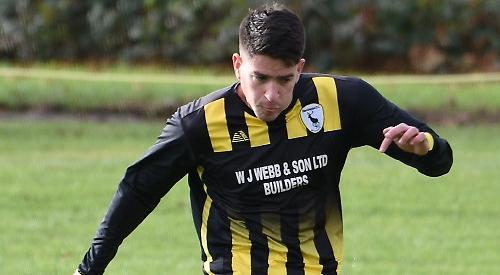 HAMBLEDEN conceded a penalty in the last 10 minutes which denied them a friendly win against Penn & Tylers Green Development on
Saturday.

The visitors started the stronger of the two sides, passing the ball well and their two strikers causing some anxious moments for the hosts in defence.

They then took the lead mid-way through the first half when a mistake in the midfield gave one of Penn’s strikers a free run at goal. Hambleden’s Lucas Romeo Jinks made a fine save from the initial shot but could only parry, allowing the strike partner to score from the rebound.

The hosts rallied in reply but couldn’t find the net.

Gabriel Pinto shot past the post and just before the break Lewis Drake met a cross by Freddie Lock but the goalkeeper made a fine fingertip save, pushing the ball round the post when it was heading into the bottom corner.

Hambleden made changes at half-time and they pulled a goal back when Johnny Openshaw headed a Liam Painter corner back across goal and into the net.

Openshaw doubled his tally soon afterwards when he poked the ball home after Painter’s free-kick caused panic in the penalty box. But just when Hambleden’s Thames Valley League side looking comfortable, Craig Trimmings brought down a Penn player in the box and they equalised from the spot.

• Hambleden’s East Berks League side was due to play Iver Heath on Saturday but the league has suspended all competitive fixtures until December 19 in light of the coronavirus tier restrictions.