Housing plan on course for referendum 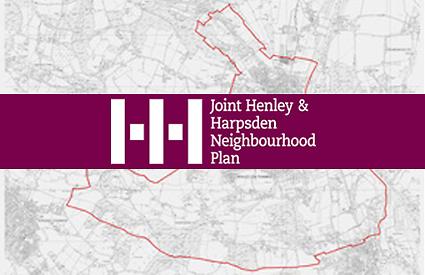 A TOTAL of 29 responses were received from a public consultation on the revised Henley and Harpsden neighbourhood plan.

The document, which details the housing strategy for the two parishes, has been submitted to South Oxfordshire District Council, the planning authority, for review.

The consultation, which lasted six weeks, ended on March 16 and few objections were raised.

She said: “During the consultation, 29 responses were received. This included those from members of the public, site promoters, South Oxfordshire District Council, the county council and the Chilterns Conservation Board.

“Andrew Ashcroft was appointed by the district council to carry out examination of the plan and his role is to make recommendations on the draft plan and, ultimately, if this plan should proceed to a referendum.”

Councillor Ken Arlett, who chairs the committee, said he would have liked more responses but was pleased that most respondents supported the plan.

He said: “There were only three or four responses that were against particular land being put forward, which was good for us, and three of those were for Gillotts. But for as many that were against, there were more for.”

The document, which was compiled by a group of town councillors and members of the public, includes new policies requiring housing developments to meet climate and biodiversity requirements.

The original document named 10 sites earmarked for about 500 houses to be built by 2027. It has been updated to reflect a higher quota under the district council’s latest local plan, which runs until 2035.

The new sites are land at Highlands Park (110 homes) and the former Chiltern Centre (three), both off Greys Road, Henley.

Those remaining on the list are the former Chilterns End care home (27 homes), also off Greys Road, land to the south-west of Fair Mile (72), the former Henley Youth Centre in Deanfield Avenue (23), the Stuart Turner offices and neighbouring Henley Enterprise Park, off Greys Road (42 homes and at least 3,000 sq ft of employment and retail space), the town council’s land next to Tesco, off Reading Road (50), and the Gillotts School estate (50).