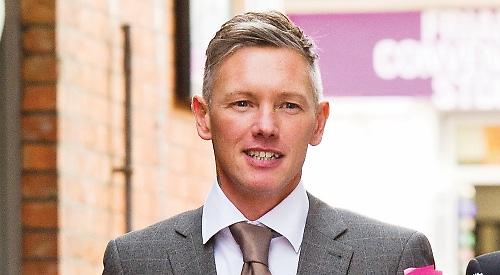 A MULTI-MILLIONAIRE couple are being sued by their former live-in housekeeper who claims they sacked him unfairly.

Robin Pyke fell out with Jane Gottschalk after she discovered his boyfriend was staying at their home in Harpsden Woods without her knowledge and that he was looking after someone else’s dog while charging the owner £500 a week.

He was eventually sacked for being “over-familiar” and refusing to drive her mother to Heathrow airport on his day off.

An employment tribunal in Reading heard that Mr Pyke had been a gardener at the home of Mrs Gottschalk, a company director, and her financier husband Maximilian.

He was appointed house manager in September 2014 when the couple moved to Hong Kong, leaving him to look after the property.

The tribunal heard that the Gottschalks assumed their staff didn’t “count the hours” and expected them to “go the extra mile” when working for them at the Georgian mansion.

However, Mr Pyke claimed he was unfairly dismissed after the couple placed him under so much stress that he was forced to seek professional help and that he eventually received a text stating: “f*** off and leave my house.”

Mr Pyke said that towards the end of his employment he could not keep up with the work the couple demanded of him.

He told employment judge Andrew Gumbiti-Zimuto: “At no point had I ever been questioned about my trustworthiness and I think I did the job absolutely to my full ability.

“When things went wrong I tried to contact them to resolve it. Some of the issues were resolved, most weren’t. There was never any threat my job was going to be affected or on the line.”

The couple claimed Mr Pyke had breached their trust and he was not trustworthy or willing to help.

Mrs Gottschalk said: “There were a number of emails that the house wasn’t ready in terms of basic cleanliness and issues with the garden, despite having other employees to help Mr Pyke.

“I don’t think that the role we presented was very difficult — looking after an empty house with occupants abroad.”

The couple raised a number of issues they had with the way Mr Pyke conducted himself which they say led to his dismissal.

Mrs Gottschalk said there were issues with cleanliness in the house and his “over-familiarity”.

She added: “We wanted him to be much more professional in his role. Overall complacency was spoken about.”

Mr Pyke said Mrs Gottschalk had once told him he should describe himself as a “manny” on his CV because he was so good with the family’s children.

He added: “Manny is surely a play on words with the fact that I’m gay.” Mrs Gottschalk responded: “That’s really clutching at straws — ‘manny’ is a well-known term. It was a domestic environment I tried to make it as comfortable as possible.”

The judge heard that when the couple came to spend Christmas in Henley in 2015 they “started to see the crack”.

They were unhappy that Mr Pyke kept the dog on the property.

Mr Pyke said he had cleared this with the Gottschalks but hadn’t told them about the fee he received.

He said: “I felt it was a personal agreement. I didn’t feel it was their need to know. Other staff on site earn money they don’t disclose. It was just an extra income to me.”

The Gottschalks also disliked Mr Pyke’s boyfriend staying at the property without their knowledge or consent. Mrs Gottschalk recalled one day when she awoke at 6.30am to see a man she did not know.

“It would be nice to know who’s on the property when we’re there with the children,” she said. “It’s just a courteous thing.”

Addressing Mr Pyke, she said: “I had asked you to introduce him to me because I was uncomfortable with the situation.”

The judge also heard the couple were unhappy that Mr Pyke had used their cars, including a Porsche, while they were away, although he claimed he had an arrangement with them.

Mr Pyke said: “I never used their cars for personal use. I agreed with them I would use the cars to get them running.” The Gottschalks said they had given Mr Pyke a “final warning” in March but he denied it was a formal disciplinary meeting and described it as just a “chat in the kitchen”.

Two days later, the couple said they offered him another chance but in June the issues came to a head again when Mr Pyke was asked to take Mrs Gottschalk’s mother to the airport.

Mr Pyke said he had other plans so couldn’t make the trip.

She later sent him the abusive text but told the tribunal: “I’m not proud of it.”

The hearing was adjourned for a reserved judgement.