Landlord leaves as family grows up 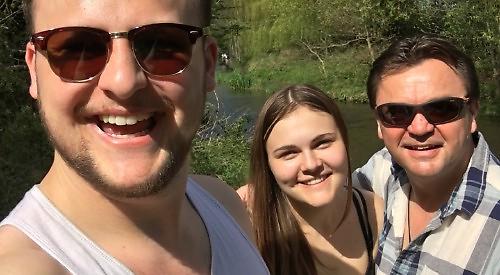 THE landlord of the Horns pub in Crazies Hill is moving on after 18 months.

Richard Chapman’s last day at the Brakspear pub will be September 11 and new tenant, Owen Hardy, will officially take over a week later.

Mr Chapman, 57, said it had been his dream to run a country pub since he was 12 years old and he was proud to have realised this ambition.

He said: “Covid was the final nail. My notice period had to be March or September and with the covid situation getting worse, I realised that I wouldn’t be able to survive however long it was going to take.

“There are other reasons as well — when I first came here, I was with my family.

“When I was 12, my dream was to run a country pub. To achieve that, while working alongside my family, has given me a huge amount of satisfaction.”

Mr Chapman worked in sales and marketing for about 30 years before taking over the Horns with the support of his children, Ellie, 23, and Sam, 24, but now they are getting on with their own lives.

Ellie, who works for Wickes, got married last month and has moved to Lower Earley. She and her husband Liam Chapman-Druce were the first couple to have a ceremony at Henley registry office when it
re-opened on July 17.

The service was limited to 30 guests and the couple’s plans for a full reception and honeymoon have had to be put on hold.

They both work at the Wickes store in Winnersh, where Ellie is a kitchen and bathroom consultant and her husband is training for a management post.

Sam is planning a career as a director and music videographer after studying at the Met Film School in London.

Mr Chapman has decided to move back to his native Yorkshire as he decides what to do next.

He said: “Because my family unit wasn’t going to be at the pub to support me, it made sense to move on.

“Sometimes you work 17-hour shifts and if I was doing all that without my family there to support me it would have been tough on a personal level.

“I’m going to go back up to Yorkshire for the winter and will see what the world holds for me in February. Going back into hospitality is certainly an option.

“I would like to travel the world but it depends what happens with the virus. I have a bucket list and one of the things I want to achieve is to pick kiwi fruit in New Zealand.”

The pub was closed during the lockdown and
re-opened on July 4.

Mr Chapman says it was very busy in the first two weeks and he was able to make use of his large beer garden to keep people apart.

“Everybody loves the pub and the village,” he said. “They all say the same thing about the pub — that you are always made to feel welcome and have an enjoyable experience.

“What I will remember most is all the reviews that we have had. If you look online on TripAdvisor, everybody says they feel welcome here and you can’t ask for any more than that.”