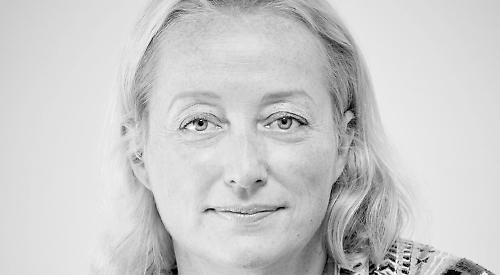 A PHOTOGRAPHER who captured images of children with their favourite toys during the coronavirus lockdown is to have one of her pictures published in a prestigious book.

Scarlet Page, from Goring, had her work selected by the British Journal of Photography as part of the fifth annual Portrait of Britain competition.

Her image of five-year-old Esme Bannerman was one of the first pictures she took during her “Buddy” project, which she launched for something meaningful to do when her regular work was cancelled during the lockdown.

It is one of 200 images chosen to appear in the book, which will be published next month, and one of the 100 that are being exhibited on advertising screens across the country this month.

Scarlet, 49, who is the daughter of Led Zeppelin guitarist Jimmy Page, said: “I’m really chuffed that I did it. It was a really positive step to take during lockdown. To have it recognised through this competition feels really special. There are some beautiful portraits in the book.”

Scarlet, who lives with her husband, Tom, a gardener, and children, Martha, 12, and Griffin, nine, has been a professional photographer for more than 25 years and recently re-opened her studio in Mapledurham, which had been closed as her work had dried up as a result of the pandemic.

She has previously explored her “Buddy” concept when taking pictures of famous rock stars who feel comfortable around their instruments and thought it could work with children and their toys.

“I wanted to get pictures of children with their comfort toys, which became incredibly important during lockdown,” said Scarlet.

“I ended up taking 60 portraits locally. They were all socially distanced but I felt there was a real intimacy to them. I hate being photographed myself and I always try to make it as quick as possible for children.”

She was able to take the picture of Esme as she knows her mother, Lori, a drama teacher from Whitchurch.

“The picture was taken in their garden, which is somewhere Esme probably spent a lot of time during lockdown,” said Scarlet.

“I think the image is actually very thought-provoking. She doesn’t look miserable or happy, she is somewhere in between.

“It was one of those magical moments that made me think, ‘I love doing what I do’.”

Scarlet’s career has enabled her to meet some of biggest names in rock music.

She provided the image for the Stereophonics’ album Performance and Cocktails and the inside artwork for The Verve’s album
A Northern Soul.

“My career has always felt very rewarding,” she said. “Doing album artwork or seeing your image on posters of the cover of magazines is amazing.”

In 2014, she worked on her portfolio of musicians, which featured Slash of Guns N’ Roses and former Fleetwood Mac singer-songwriter Peter Green, who died in July.

The images were exhibited at the Royal Albert Hall in London.

More recently, she has become the official photographer for the Henley Literary Festival, which is currently taking place online only.

Scarlet says photography still gives her the same excitement that it did when she started.

“The industry has changed a lot but that helps to keep me on my toes,” she said.

“Things change all the time, especially this year with the pandemic, but you have to keep adapting with the times.

“After 25 years, it still feels different every day and I get the same nervous excitement whether shooting a celebrity or an up-and-coming actor in my studio.”