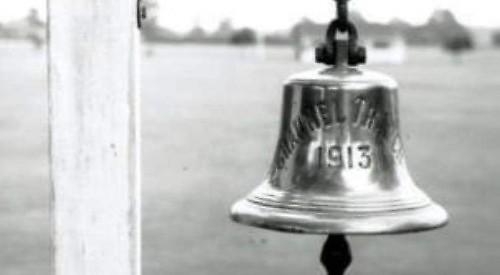 FORMER students of a boarding school in Sonning Common want to find the old school bell to mark the 40th anniversary of its closure.

Kennylands School in Peppard Road was shut in 1980 and then demolished.

The old pupils were planning to hold a reunion last month but had to be postpone it until August next year due to the coronavirus crisis.

Jacki Williams, 67, who attended the school from 1964 to 1969, said: “We want to reinstate our old school bell but it has disappeared.

“In a way, it’s a godsend that covid happened because now we have time to find the bell. I have absolutely no idea what happened to it.”

The bell used to hang in the school playing field, which is now Millennium Field.

Mrs Williams, who is a member of the Kennylands School Facebook group, said: “We want to stick the bell in the field where it used to be. There were two trees at the top of the field and the bell was stuck between them, opposite our dining room.”

The school, which was made from cedar wood, used to be an evacuee camp and then in 1940 it was turned into a boarding school for girls and boys aged 11 to 16.

The sweet shop was where the car park of the Bird in Hand pub is now and the school hall, which was built in Bird Wood Court in 1966, is now the home of Kennylands Gymnastics.

Mrs Willams, a former actress from Stevenage, said her time there was happy.

“It was a fabulous place,” she said. “We had classrooms, libraries, we had everything. There were separate dorms for girls and boys but that didn’t matter in senior year as you can imagine.”

When the school closed, it was demolished as it was considered to be a safety hazard. There had been rumours about asbestos being found on the site.

Mrs Williams, who is widowed, said the school and its pupils had been forgotten over the years. “No one seems to know who we are,” she said. “People under the age of 50 don’t know anything.”

A bench in Kennylands Road was dedicated to the school but disappeared when the Abbeycrest care home was built.

“It would mean the absolute world to us to find the bell. We’d happily go and buy another one, but it would not be the same.”

She said she was looking forward to next year’s reunion, adding: “People from the school are now all over the world but, although it sounds daft, we are a family.”