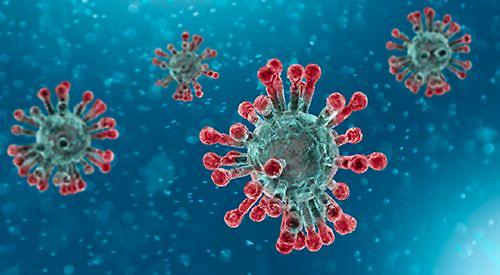 John Howell MP has expressed his frustration after it was confirmed Henley and South Oxfordshire would move into tier 2 when the coronavirus lockdown ends on Wednesday.

The area was previously in tier 1 – the level deemed to have the lowest risk – but the Government have decided to put most parts of the country into the two highest tiers.

Chancellor Rishi Sunak has said the new tiering system would represent a “tangible change” compared to the last four weeks.

The strengthened system comes after Sage, the Government’s scientific advisors, said the old tiers were not effective at preventing the virus from spreading.

Mr Howell told the Henley Standard on Monday that he hoped the area would remain in tier 1.

Following today's announcement, he said: "I'm disappointed that South Oxfordshire is in tier 2.

"I'm still worried about the mental health aspect and people's willingness to accept these restrictions.

"We know why these restrictions have been made and it's attempting to stop the NHS from exceeding capacity and to stop people from dying."

The tiers will be reviewed regularly and the first opportunity for this will be on December 16.

Decisions are based on how quickly cases are rising across all age groups, particularly those aged 60 and over. Consideration will also be given to pressure on local NHS facilities.

Mr Howell added: "All I can say is I look forward to the review in two weeks when I hope we will be reduced to tier 1. I think we have got a very good case to go back.

"The number of cases is coming down and the number over 65-year-olds is not particularly high.

"I've not had any indication from the John Radcliffe Hospital that they are under enormous pressure, so they are both good indications that we will go back.

"I have every sympathy for wet-led pubs and I understand the enormous implications for their business and their future. It is crucial that we can look to the future and see a healthy hospitality sector."

The key differences between tier 1 and tier 2 are as follows:

• People in tier 2 cannot socialise with other households indoors

• A maximum of 2,000 spectators may attend sports events and live performances, compared to 4,000 in tier 1

Pubs and restaurants must shut at 11pm in both tiers, with last orders being made by 10pm.

People are encouraged to minimise travel and work from home where possible. Personal care, including hairdressing, is permitted in all three tiers.

In Henley, there were 12 new cases of the virus compared to 18 in the previous week.

The total number of cases in South Oxfordshire since the start of the pandemic has risen by 114 to 1,678, while the number of deaths is still 73.

Reading, Wokingham and Buckinghamshire have also moved into tier 2.