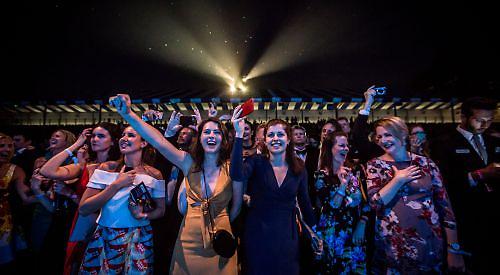 BUSINESSES and event organisers in Henley say they are disappointed by the delay in the easing of coronavirus restrictions.

Prime Minister Boris Johnson confirmed on Monday that the final stage of the roadmap out of lockdown had been put back until Monday, July 19 due to rising concerns about the Delta variant of covid-19.

This means that the restriction on the number of people allowed at events and in hospitality venues remains in place during the crucial summer trading period.

The Henley Festival Summer Fling, which was scheduled to take place next month, has been axed as it would not meet social distancing requirements.

Organisers of the Henley Royal Regatta, which has already been postponed until August, said they were “disappointed” at the lack of clarity on how many spectators would be allowed to attend.

Pubs and restaurants are worried about the impact the delay will have on their businesses, having already suffered a huge loss of income since the coronavirus lockdowns began in March last year.

The Government says the postponement of so-called “freedom day” is to allow for more people to receive two doses of a covid vaccine.

Mr Johnson says he expects there to be no more delays and the furlough scheme will continue until the end of September.

The Fling, a one-off pop-up party, was due to be held at Butler’s Field in Remenham from July 8 to 10 with a line-up of DJ sets from Jo Wiley, Martin Kemp and Trevor Nelson.

The event was to fill the gap left by the Henley Festival being postponed until September.

Chief executive Jo Bausor said: “We are incredibly disappointed because we really wanted to put on a party for Henley.

“We are a charity and it is a fundraising event for us, so it is a double whammy.

“We were really confident when we launched the event, and actually right up until the third stage of lockdown easing, that we would be able to run it. The Delta variant has taken everybody by surprise and it is whizzing around much quicker than everybody thought it would.

“When we launched the Fling, the Delta variant was not here and everything was going to plan.

“But health and safety has to come first.”

Anyone who bought tickets to the Fling will receive a full refund.

The regatta is scheduled for August 11 to 15 and construction of the course has begun but it is still not known how many spectators will be allowed to attend. The normal attendance is hundreds of thousands.

Daniel Grist, the regatta’s chief executive and secretary, said: “The announcement from the Government was something we were eagerly awaiting and we were disappointed to hear about the four-week delay.

“Although it doesn’t directly impact the regatta, it didn’t give us the clarity we were hoping for. We have already started the course build and we needed to do that otherwise we wouldn’t finish it in time.

“It is still up in the air as to how many people will be allowed. We understand there will be more guidance in the coming weeks but we need to know as soon as possible.”

Two of the stands that would normally be erected for spectators will not be built this year in order to make it easier for people to social distance.

Pubs and restaurants will have to continue with table service only for the time being and social distancing must be maintained.

Tom Davies, chief executive of Brakspear, said: “We seem determined not to want to go backwards and the Government is being conservative about relaxing the rules but it is frustrating for the industry not to be able to get back to full strength.

“We were hoping to see lots of full pubs with the Euros on, but that is going to be curtailed. It is a real pain but we hope July 19 won’t change and they will stick to that.

“We have got fairly used to these setbacks. At the moment, table service is expensive and it is putting pressure on the pubs.

“A big problem is recruitment — we need a lot more people to service the pubs but finding them is a challenge in itself.”

Nigel Rainbow, who runs the Three Horsehoes pub in Reading Road, said: “It is a real pain. We would normally be really busy because of the football but we can only have half the number of people and table service is not ideal. It means we have to double the amount of staff we have on.”

Mr Rainbow added:  “I would rather have four weeks more of frustration than have another lockdown but customers have only got so much patience. It is going to take time for them to get their confidence back.”

Paul Clerehugh, who runs the Crooked Billet in Stoke Row, said: “The industry will suffer. The powers that be are making employment in this industry so incredibly unattractive. Employment is so fragile and uncertain.

“What really annoys me is the effect on young people. It is just so unfair that we are controlling younger people’s lives and I really feel for the kids.  It is really hard to get your head around 250 world leaders at the summit meeting last week partying on the beach in Cornwall and the day after our government bans large groups of people in hospitality settings.”

The Waterfront Café in Benson is only allowed to have 70 people indoors, less than half the normal total.

Proprietor Chris Price said: “We have at least 30 per cent more staff in order to deal with the extra precautions, so to have those extra costs for another four weeks is an inconvenience.

“But I think people would prefer to wait a little bit longer and carry on with restrictions rather than have another lockdown.”

Capacity at theatres and cinemas will continue to be limited to 50 per cent.

Sally Hughes, managing director of The Mill at Sonning, said: “We could see this coming, so we had a plan for this a while back.

“It doesn’t really affect what we are doing at the moment because we are at 50 per cent capacity anyway and have all the social distancing measures in place.

“It would have been nice to open it up to more people, but then I’m not sure if the confidence of the audience would have been there straight away. We want to make sure that whatever we do, we do it safely.

“We have been open for four weeks and people have said how safe they feel and they have absolutely loved coming back to the theatre, although I still think everyone is feeling a bit cautious.”

At the Kenton Theatre in Henley the delay will only affect one indoor performance, a comedy roadshow on July 16.

Julie Huntington, who chairs the theatre’s trustees, said: “We are not sure what will happen with that yet.

“In one way, it is a positive statement from the Prime Minister because we know that July 19 is the actual final date and we can plan positively. I think it will be much better for us in the long run.

“We were very cautious about re-opening and worried if people would actually want to come into the theatre itself.”

There was some good news for couples looking to get married as the limit on the number of guests at weddings is no longer limited to 30 people. But venues must operate with table service and social distancing must be observed.

Old Luxters Barn in Hambleden could normally host 114 guests, rising to 150 for evening receptions, but this will be limited to 76 until July 19.

General manager Lucie Ealand said she was pleased venues were finally being given more responsibility.

She said: “It could have been a lot worse and we are happy with what we’ve got. We understand it is a stepping stone and it is not an easy issue to resolve.

“We are having to manage large groups of people and they have to stay sitting down.

“The dancing element has always presented challenges. Couples are saying that if they and their guests did a lateral flow test before they come, then they could move about more freely.

“At least now we are able to manage our own costs. Having 30 people didn’t work, so it will allow us to slowly creep out of this.

“I think we have got to be positive.”